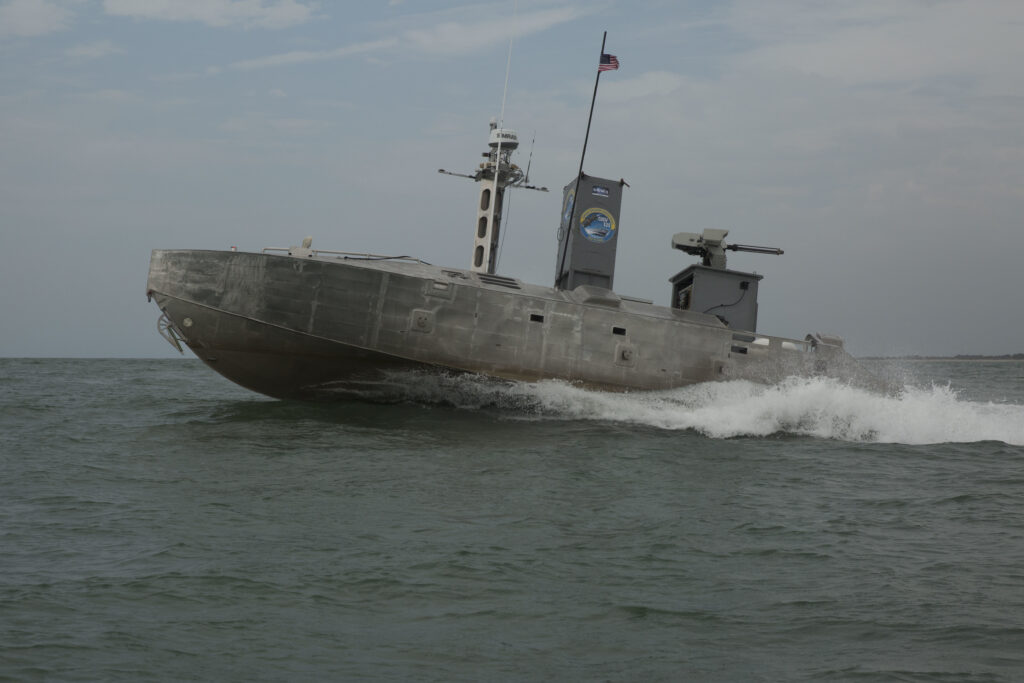 WASHINGTON: The Marine Corps plans to roll out a new modernization plan late next month, putting meat on the bones of the ambitious guidance handed down by new Commandant Gen. David Berger in July that sought to light a fire under the Corps to reorient itself away from traditional ideas of amphibious warfare and COIN.

Berger’s paper called the current approach of moving Marines ashore aboard amphibious vehicles and helicopters “impractical and unreasonable,” and charged that the force has fallen behind in organizing and training to survive in high-end combat. His thinking, which had been percolating among Marine and Navy ranks for some time, reflects a new push to refocus for high-end conflict with advanced forces in the Pacific, Arctic, and Europe.

Work on the implementation plan is ongoing, Maj. Joshua Benson, Marine Corps Combat Development Command told me. He confirmed that work should be wrapped up by late September, with a public release following. 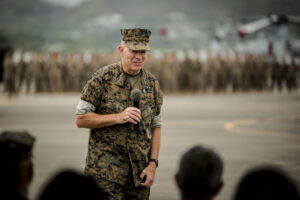 One of the transformative elements of the new concept will be finding new ways to marry manned and unmanned platforms to allow the Corps and the Navy to see farther, and project power deeper, into potentially contested environments. One of the core assumptions of Berger’s paper — widely shared across the Pentagon — is that precision fires from shore and fourth generation aircraft being flown by China and Russia will make swaths of the Pacific, and potentially the Arctic and Black and Baltic seas, no go zones for Navy platforms, particularly big-deck carriers and amphibious platforms.

“If you read that guidance — and that’s the guidance that I’m following as the force developer — it is about how do we produce enough bulk, enough number, enough capacity that I can actually inflict a dilemma on the enemy,” he said. The Corps is currently looking for “unmanned systems that are truly numerous because there is a quality in quantity in this particular regard. We’re looking for things that can do reconnaissance, that can do a radio relay, we’re looking for some lethal payloads.”

The idea is to distribute that combat punch to as many platforms, spread across as wide an area as possible, and do it quickly.

“For both the Navy and the Marine Corps it’s critical to figure out a way to distribute your forces and to distribute lethality,” said J.D. Williams, a senior defense policy researcher at RAND and retired Marine officer. Large bases on Okinawa, Guam and elsewhere will remain as push-off points, but in the event of a conflict with China, they will also be the primary targets for long-range attack by China’s massive arsenal of medium to long-range missiles. The story is the same for aircraft carriers and amphibious ships, which are relatively lightly equipped to find off such attacks.

One way of distributing assets is to push the development of large and small unmanned platforms that can not only act as a sensing picket line in front of carrier and amphibious strike groups, but also push supplies to smaller, austere bases. The Corps has long talked about the ability of its new vertical take-off and landing F-35Bs to work out of ad hoc airstrips in the Pacific, which would get them off of big-deck ships that are prime targets for Chinese and Russian submarines and medium-range missiles.

One of the holdups to the plan has always been how to get fuel, ammunition and parts out to these locations. “If I can’t sustain it, I’m hosed,” Maj. Gen. Mark Wise, deputy commander of Marine Corps Combat Development Command recently told reporters at the Pentagon.

The idea, as it has developed, is to equip some of those small bases to help deliver fires to support the Navy, in effect providing cover for ships to operate far out at sea. Last year, the Corps kicked off an effort to fire long-range anti-ship missiles from shore-based ground vehicles, dubbed the Navy-Marine Expeditionary Ship Interdiction System, or NEMSIS. The plan is to start testing in early 2020 with one of a short list of possible missiles.

The idea is “a 180-degree turn for the Marine Corps,” said RAND’s Williams, noting the Marines will be “looking at seizing a piece of ground to help the Navy by delivering its effects seaward.”

The amphibious fleet, which is under stress, probably won’t go away. Amphibious ships aren’t going to be in the position of pulling up a dozen miles offshore and pushing Marines to the beach, but will still play a critical role as motherships for F-35Bs, unmanned assets, and launchpads for getting Marines to smaller bases ashore in strategic areas.

In its fiscal year 2020 budget request, the Navy cut two amphibious ships from its 2020-2024 shipbuilding plan, indicating the Navy might be willing to sacrifice amphibs for stealthy — and more expensive — Columbia and Virginia-class submarines, both of which are currently seeing a massive uptick in investment. But Congress is likely to put those ships back once the House and Senate return next month and begin debate on a final 2020 spending bill.

With those decisions yet to be made, and with a new Navy shipbuilding plan due by the end of the year, the path forward for how the Navy and Marine Corps prepare to outfit themselves, and how they move out on their much-anticipated modernization plans, is on the horizon.

This is Part One of a new series of stories looking at how the Marine Corps and Navy are rushing forward to modernize systems and doctrine to meet new great power challenges.