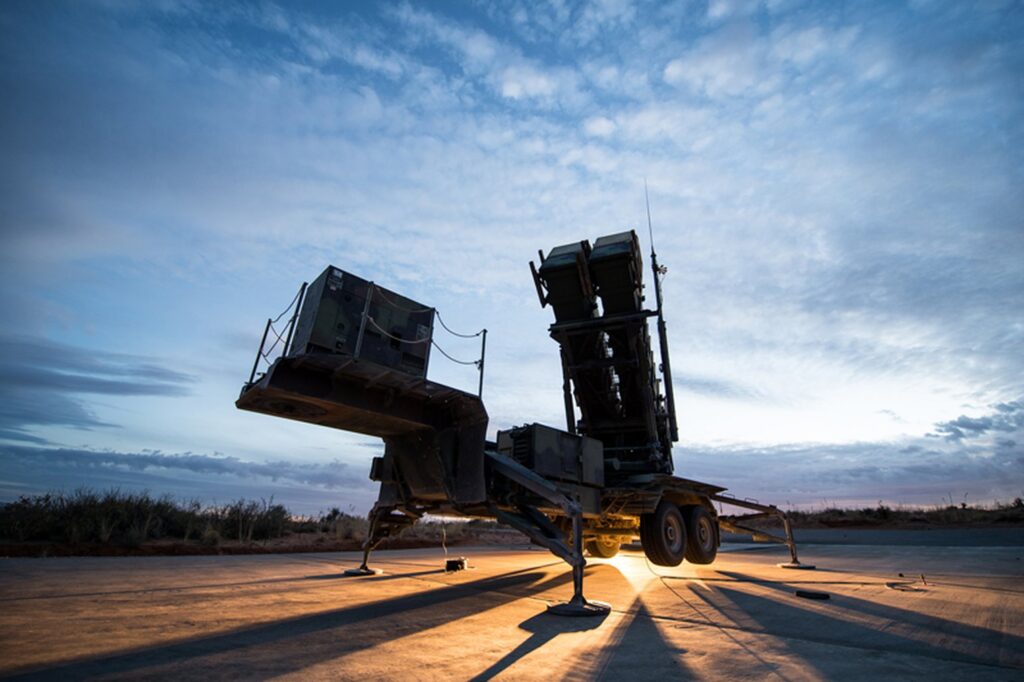 WASHINGTON: A senior Pentagon official said today that NATO isn’t prepared to fend off attacks by swarms of small drones and short-range missiles, like those that struck Saudi Arabia’s oil facilities.

“We’re seeing asymmetric investments in things like swarming UAS technology, like unmanned aerial systems that really fly more like the cruise missiles,” John Rood, under secretary of defense for policy said. “It’s a serious problem.” Rood didn’t specifically mention the Saudi attacks, but the parallels are clear. He pointed to the type of assaults Russia launched in Ukraine, and Iran in Saudi Arabia earlier this month.

Speaking at a Center for European Policy Analysis event in Washington, Rood said the threats from such weapons and tactics have developed faster than NATO’s ability to rework missile defense and radar systems to detect smaller, faster-moving objects.

“As part of our investment priorities we have to shift as an alliance where we’re putting our level of effort if you will, to put a little more emphasis in that area.”

Rood offered no specifics, but called out the Russian use of drones as forward artillery spotters in Ukraine as a real warning of an emerging way of war. “That’s the changing the situation we face. And clever adversaries like the Russians are applying that in new ways. If we went to school on what the Russians applied in places like Ukraine, I think that would be a real challenge for NATO to deal with on the battlefield, so that’s what we’re talking about within the NATO alliance. We need to do much better.”

The Russian tactics in Ukraine are well known at this point, but the threat posed by relatively cheap drones and cruise missiles launched by countries — and their proxies — far below the level of “great power competition” was tossed into the open earlier this month when the the Abqaiq oil facility in Saudi Arabia was peppered with dozens of missiles and drones, shutting the massive complex down.

The attack, which hit 17 different targets at a well-defended facility critical to the Saudi oil industry, shocked the globe and prompted the Trump administration to send hundreds of troops and more air defense equipment to the Kingdom, which has already purchased hundreds of billions of advanced US military kit over the years.

Abqaiq, a well-known target of Iranian-backed Houthi rebels, was protected by several Shahine short-range missile systems and at least one US-made Patriot missile system, but the expensive radars and missiles did little to stop the onslaught. The Houthis claimed credit for the attack, though the Trump administration has laid the blame directly on Tehran.

The Kremlin had a good laugh at the inability of the US-made air defense systems to stop the attack on Saudi Arabia, with Russian President Valdimir Putin suggesting Saudi buy the Russian-made S-300 or S-400 missile defense system instead. (NATO ally Turkey was recently expelled from the F-35 program precisely for buying the S-400 missile system.)

Despite the failure of some larger air defense systems, there have been some recent successes against small drones. Marines aboard the USS Boxer recently knocked down at least one Iranian drone in the Strait of Hormuz by using a truck-mounted Marine Air Defense Integrated System to jam the bird when it came within 1,000 yards of the ship.

The Army has also been working on a variety of ways to knock small drones out of the sky, including lasers, and has made its short-range air defense program, IBCS, one of its top priorities.

By the end of the year, Northrop Grumman is slated to deliver 10 command posts for the IBCS system, with flight tests ahead of operational testing in 2020. Elsewhere, General Dynamics is preparing to deliver prototypes of its Stryker 8×8 armored vehicles equipped with the Initial Maneuver Short-Range Air Defense system, or IM-SHORAD, which is designed to protect fast-moving ground forces from drones, helicopters and low-flying attack jets. Raytheon has done extensive testing on its own laser counter drone system, as we reported from the Paris Air Show.

But, as Rood pointed out, “The threat that we face has developed faster” than our own countermeasures. “As much progress as we’ve made, if you’re not staying equal to, or making greater progress than, the threat picture, it’s a serious problem.”

It is the classic dilemma of warfare. You come up with a good weapon or tactic or both. The enemy comes up with a countermeasure, sending you back to the drawing board. And on and on.