Posted by Otto Kreisher [Sponsored by Raytheon] on January 10, 2018 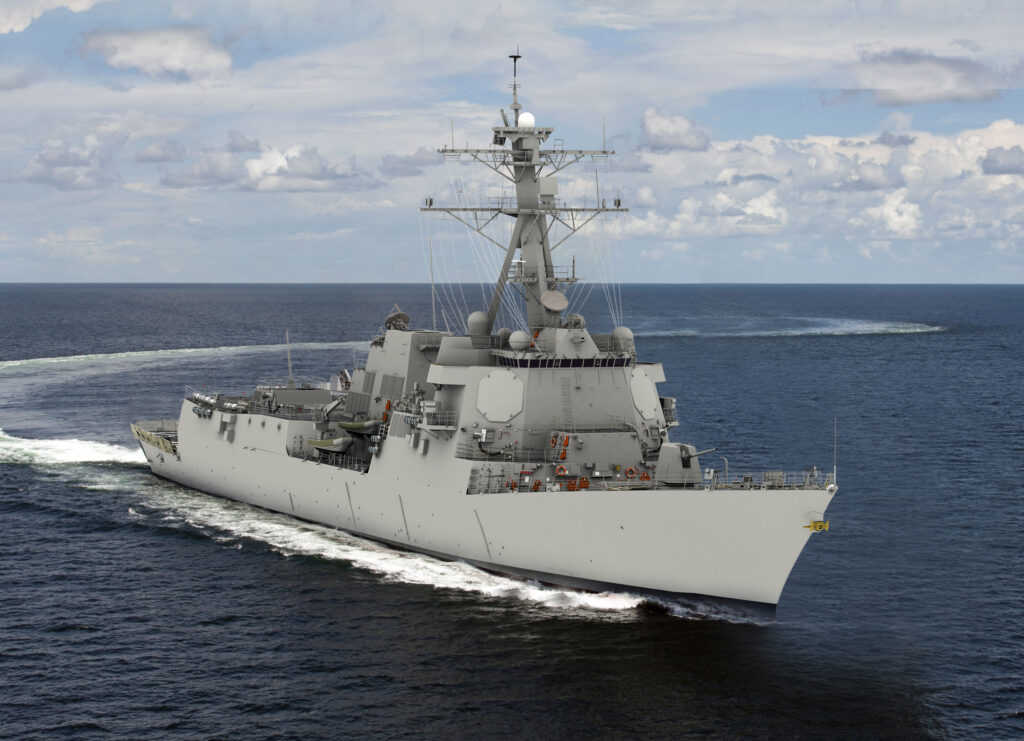 As the surface Navy intensively strives to achieve the cross domain capabilities so essential to warfighting success against a near-peer competitor, Raytheon is using its wide spectrum of defense technologies to support those efforts.

Modern warfare increasingly requires operations across all of the five domains of land air, surface, subsurface, space and cyberspace.

A key Raytheon contribution to supporting the Navy in that complex operational environment is in enabling “cross domain integration,” which is “taking action in all the domains, and ensuring they are integrated and synchronized to achieve a military effect of some sort,” Thomas Copeman, Raytheon vice president for business development in air warfare systems, said in an interview.

Copeman, a retired Navy vice admiral with extensive service in surface combatants, said it “is arguable that the surface Navy and especially the Navy Department has always been a big player in multi-domain warfare, from the Barbary Wars, when they sent the Marines ashore to get a military effect in Tripoli.”

The surface Navy, since World War I, also has been involved in the subsurface domain, particularly in mine and anti-submarine warfare, Copeman added.

The modern surface Navy is particularly well suited for multi-domain battle, he said, “because of the sensors that they have, the aviation assets and the Tomahawks — which are designed to be a cross-domain weapon, going from the surface to the land domain and affecting events ashore.”

The cyber domain obviously is a newer challenge, in which the surface Navy and all the militaries have become players, probably in the last 20 years, he said.

“If you take all the capabilities that the surface ships bring, whether it be amphibious ship-to-shore movements, or theater ballistic missile defense, air warfare, mine warfare, and all the capabilities they have, you have to figure out how to best integrate them with the joint force, the Air Force and the Army, to achieve the combatant commanders’ objectives,” Copeman said.

To enable the integration of naval capabilities you have to have a robust kill chain, from command and control, to threat identification and classification, to actually being able to affect the adversary, whether it be through the kinetic effects of a missile or some other projectile, or a non-kinetic effect such as cyber warfare, he continued.

Copeman ticked off some of what “Raytheon brings to the table” for cross domain operations: its missile systems; the AN/SPY-6 radar that will go on the Flight III Arleigh Burke destroyers; the APY-10 radar for the P-8As; the multi-spectral targeting pods on the SH-60 helicopters; Tomahawks, and SM-6 missiles, which the Navy has tested in an anti-surface mode, an anti-ballistic missile mode and an air-defense mode.

One missile “being able to operate in different domains gives you a lot of flexibility from a warfighting perspective. It also deepens your magazine because you don’t need three separate missiles filling up a hold to take on a single warfare mission,” he said. 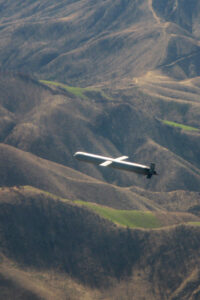 Tomahawk Block IV cruise missile can circle for hours, shift course on command and beam a picture of its target to controllers halfway around the world.

The Tomahawk is another example, Copeman said. Initially viewed as a land-strike missile, “the Navy is investing in the Naval Strike Tomahawk, where you’ll be able to very inexpensively convert that existing Tomahawk Block IV into this thousand-mile, anti-ship cruise missile that will be extremely survivable and effective.

“Those are the sorts of things that the Navy, and particularly the surface Navy, is doing to take advantage of current capabilities that are out there and using them in different ways to expand the battlespace and to get more magazine depth in a limited budget environment.”

Copeman said Raytheon’s systems also can support the surface Navy’s drive for distributed lethality, which he said, “is a concept to increase the number of nodes out there to deliver an offensive capability against a potential adversary, which makes their targeting much more difficult, and requires them to expand their surveillance into more places than they ever thought they would have to do.”

He listed the Maritime Strike Tomahawk as “a perfect example of this.” It would mean that a missile currently fielded on most U.S. surface combatants and attack- and guided-missile submarines “can not only strike targets ashore, but can hit ships at sea, from distances well beyond the reach of potential adversaries to strike us first,” he said. Raytheon recently received a Navy contract to continue development.

Another example, Copeman offered was the Naval Strike Missile, which Raytheon is offering in partnership with Kongsberg Defence Systems of Norway in a Navy competition.

“If the Naval Strike Missile was to win this award, you could give the Littoral Combat Ships an extremely capable, medium-range, fifth-generation strike missile that can strike stationary targets ashore, or moving targets at sea.”

The surface Navy, and the other services, have “a magazine depth problem, in that they have very, very capable weapons, but they don’t have enough of them to meet all the combatant commanders’ warfighting plans,” he explained.

With limited prospects of funding increases that would allow more weapons procurement, “Raytheon, and I think all the defense contractors, are attempting to come up with ways to use existing weaponry to increase the magazine depth, by giving weapons we already have more capabilities.” 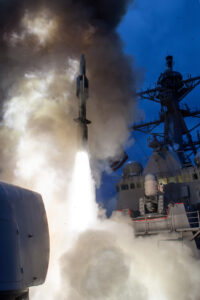 He cited the Maritime Strike Tomahawk, the SM-6, and putting Raytheon’s AIM-120 AMRAAM and AIM-9 Sidewinder air-to-air missiles into vehicle-launched surface-to-air weapons with no change in the missile.

Raytheon also has invested heavily in the last several years in cyber capabilities, buying a company that had worked primarily in the commercial sector, but has a center where they can test weapon systems and provide suggestions for ways to fix discovered cyber vulnerabilities.

The company also is doing “a lot of work in unmanned systems,” surface and subsurface, that could conduct weapons delivery, and communications, intelligence, surveillance and reconnaissance missions, “which is another area where the surface Navy is going to be able to affect all these domains, nearly simultaneously.”