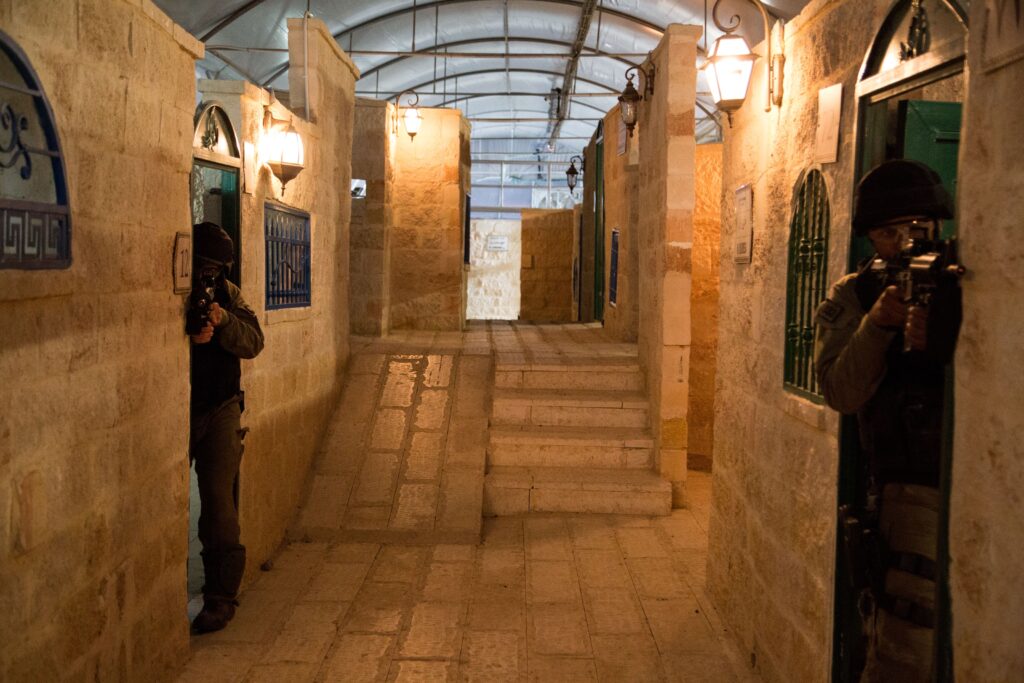 Breaking Defense contributor Arie Egozi was granted access to a usually classified simulator center Israeli troops and special operators use to train for particularly dangerous operations. Read on! The Editor.

TEL AVIV: An Israeli defense forces (IDF) commando unit prepares an attack on a target in an area controlled by hostile terror groups. When the soldiers get to the target after days of preparations, they know the surroundings as if they have lived there for years. This is the result of a massive simulation machine operated in some of the ground forces training bases. These simulation centers use the accumulative power of many high-end technologies developed in Israel.

Avi Mizrahi, former commander of the IDF’s Central Command, told Breaking Defense that the IDF’s simulators and other “mission preparation systems” allow them to depict a combat zone to the smallest detail using inputs from aerial photography, satellite imaging and intelligence data. “All that enables the experts to build an almost realistic training zone that has all the characteristics of the area where a unit will have to perform a combat mission,” he said. The fidelity of these tools in the IDF is very high “and getting better all the time.”

This advanced capability of the IDF has been used in recent years to enable Special Forces to perform missions that for many years to come will stay under the heaviest secrecy curtain. Some, according to foreign sources were performed far away from the Israeli borders. The IDF “Depth Command” was formed some years ago , to answer a very crucial operational need. 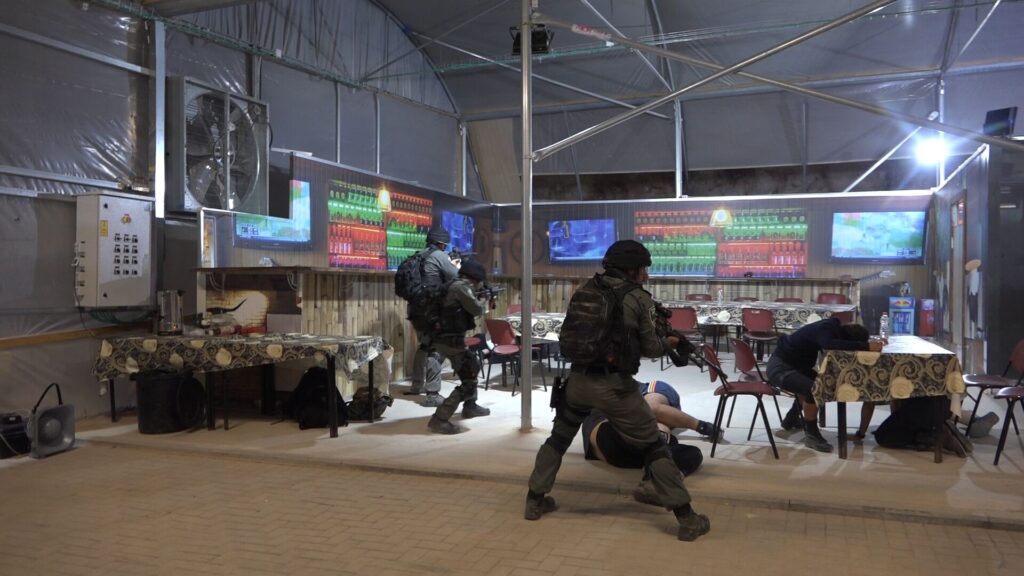 IDF training for hostage situation in a restaurant

According to foreign media reports this command was very busy in recent years. One such mission that’s come to light, because it contributed to Israel’s ongoing effort to stop the Iranian nuclear race, is the Mossad-led operation in Iran that resulted in Israel grabbing the full Iranian nuclear archive. No details were revealed about that “James Bond” style commando operation in the heart of Iran, but it can be assumed that to perform such a mission , and transfer the huge amount of paper dossiers and magnetic data, the commandos had to know every window and lock, and every alarm system in the building that the Iranians used to hide the archive.

Underground warfare, tactical breaching, and robotics are just a few of the specializations that the Lotar Counterterror School teaches IDF soldiers. These instructors are responsible for training all counterterrorism IDF units. They are combat soldiers who train others and, if needed, take part in operational activities. The facility is highly classified, but it changes sometimes on a daily basis to train soldiers for a planned action.

The other body in the forefront of anti-terror operations is the special operation unit of the border police, down as YAMAM, considered one of the most advanced anti-terror units in the world.

The training and simulation tools used by this unit are highly classified but we can reveal some details. Last year a unique facility opened in the heart of the Judean Desert, a few miles north east of Jerusalem. The site looks like a Hollywood set: huge greenhouses, exact copies of the Damascus Gate in Jerusalem, of a street leading from the Old City of Jerusalem, and part of the Sharona restaurants and store center in Tel Aviv, all places where Israelis were killed in terror attacks. 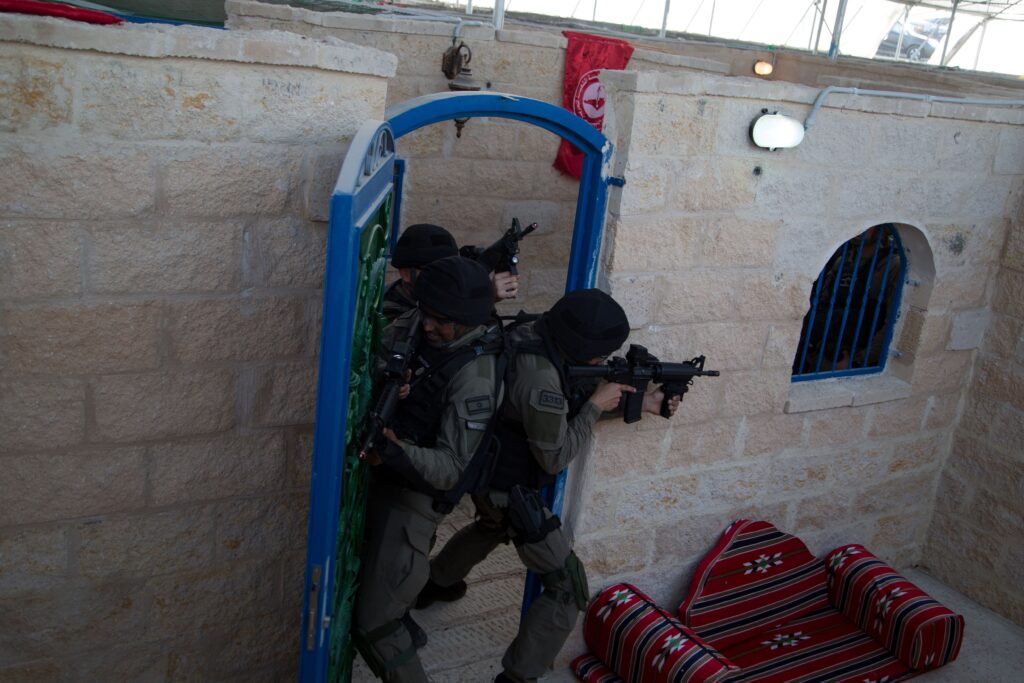 The training area includes attention to the smallest details, down to authentic smells and singing coming from a loudspeaker of a model of a mosque. These are boosted by simulation tools used by the IDF and the other Israel security organizations that have been developed by Israeli companies.

The key to the system is a soldier’s combat vest with advanced sensors and communications systems. The systems are comprised of a player’s unit computer, eye-safe laser emitter for all weapon types, user terminal interface, UHF communication module, Wi-Fi 2.4GHz, a GPS module, laser sensors and other supporting parts.

Here’s how the system works in practice. “The training soldier moves in the area and suddenly a terrorist throws a hand grenade,” an expert explained. “The soldiers within the hit range know that they have been injured and the others know exactly from what direction the grenade was thrown.”

Another simulation tool, the Magnet Magazine, has been developed by Bagira, an Israeli company.

Simulation training using such systems normally requires the use of blank ammunition which increases training costs and compels the use of additional safety measures such as dedicated magazines and muzzle plugs.

This Magnet Magazine complements the Laser Engagement Training System and eliminates the need for blank ammunition. The system is based on a special laser technology with a command and control system that enables the unit to combine field training with virtual training, to control the training activity and to generate a comprehensive After Action Review.