The Next Battlefield: Robots & AI In Cislunar Space

Posted by Theresa Hitchens on September 5, 2019 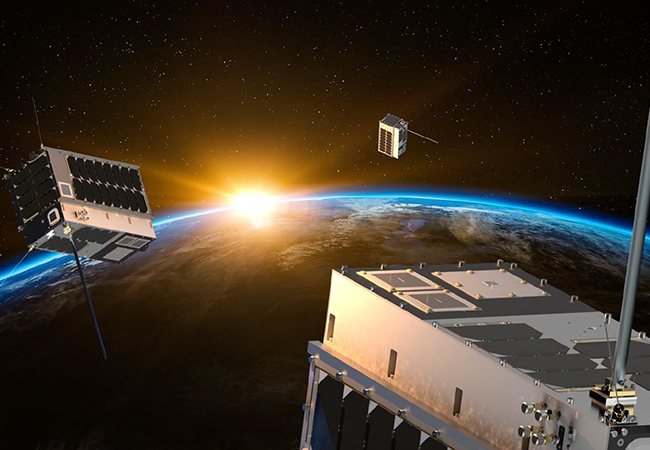 NATIONAL HARBOR: The Intelligence Community (IC) and the Pentagon are rushing to rapidly incorporate machine learning to leverage an ever-expanding pool of space data. Current efforts range from the NRO’s initiative to map which tasks can be moved to machines to the National Geospatial-Intelligence Agency’s AI, Automation and Augmentation (AAA) initiative to DoD’s consideration of how intelligent robotics could underpin future power projection into cislunar space.

Stacey Dixon, deputy director of the NGA, said the agency’s current emphasis is on implementing “automation,” that is “how do you take people out of the loop” and transfer routine data sorting tasks to computers to speed up the analytical process. However, she told the 2019 Intelligence and National Security Summit sponsored by the Intelligence and National Security Alliance and trade group AFCEA that NGA is also keenly interested in “really getting to AI” that could be used in future for actual data analysis via “pattern recognition.”

She explained that, to get from here to there, NGA has to be able to “condition” — i.e. to correctly label imagery so that machines, like children, can differentiate between targets (such as trucks versus tanks) — the “ton of data” incoming.

“So we have a little bit of a decision to make,” Dixon said, about whether to spend staff time on “going backwards to condition the data we have to be able to go forward and predict things” versus putting the effort into classifying newly obtained data and focusing instead on the other issues such as software development that are involved in enabling more developed AI capabilities. “There are some pieces of the puzzle that are not quite ready,” she explained.

Maj. Gen. John Shaw, Air Force Space Command (AFSPC) deputy, said the military will eventually need to have autonomous robots and AI systems as it evolves its space warfighting range to the Moon and beyond.

“When the Space Force stands up, it’s going to be around a long time. And its ultimate destiny is going to be providing security and projecting power through increasingly vast distances: geosynchronous to cislunar and beyond,” he said. “We’re not going to be able to do that — all the memes aside of Tie Fighters and whatever — with humans in space any time soon.”

Noting NASA’s use of robots to explore space and celestial bodies, Shaw said that the military is probably going to use automated machines instead of relying on a strong human presence in the future.

Pushing the US military into cislunar space is a goal of a a cadre of national security space professionals in the Air Force and in academia who espouse space as a thriving frontier of human activity from space mining to colonization. Aerospace Corporation’s recent taxonomy of competing views on the future mission of Space Force calls this school of thought the “Galactic Battle Fleet” school.

Indeed, a new AFSPC study we obtained today looks at possible long-range futures for space, and recommends a strategic shift in focus to “address how the national security establishment will defend the full range of expanded national interests in space (i.e., civil and commercial space capabilities and citizens in space) — not just the services that directly support national security.”

The study, “The Future of Space 2060 and Implications For U.S. Strategy,” was the outcome of a Space Futures Workshop that included representatives of NASA, NATO, academia and nongovernmental organizations. It will be made available on the AFSPC website tomorrow.

NASIC, located at Wright Patterson AFB in Ohio, currently undertakes foreign air and space threat analysis for the Air Force and the IC.

“I think for the near future the Air Force is going to try to leverage what is there at NASIC already. But it is possible — possible — in future that there is a separate National Space Intelligence Center.”

Tina Harrington, head of SIGINT at the National Reconnaissance Office, said the office is trying to understand “the art of the possible” both with what can be done today to fix the “big data problem” with machine learning and what can be done in in the long term once true AI capabilities are available.

“We are seeing a lot of places that  we can start taking a human on the loop — they may be on the loop — but not … every decision going through a human, because of that machine learning,” Harrington said. That includes what can be done “in the [space] vehicles, not just in the ground” stations.

Harrington added that NRO also is trying to better understand how to use commercially available geospatial intelligence (GEOINT) from satellites to supplement national technical means (NTM, i.e. NRO and Air Force developed spy satellites). This involves “really looking at what is the feasibility, what can they bring to bear, and how can we integrate that within the greater GEOINT mission” rather than limited to simple mapping.

Breaking D readers will remember that the NRO is in the midst of a series of study contracts to determine which commercial companies can help it achieve its mission goal of providing so-called persistent overhead products — that is, satellite imagery a designated target taken every hour or less 24/7. In June, NRO NRO awarded study contracts to BlackSky Global and Planet, two commercial Earth observation start-ups that are new to NRO. Maxar Technologies, which already is under NRO contract under its DigitalGlobe unit, also was awarded a contract designed to allow NRO to look at some of its new capabilities.

Dixon noted that the NGA similarly has the Tearline project to gather open source GEOINT data available from commercial firms, academia and non-governmental organizations. Tearline is a web-based application that allows users to upload their data, and to download NGA provided imagery and content. Tearline in April released its first report based on information gathered on North Korea.

“We don’t need more data; we need more information,” said Chris DeMay, founder of Hawkeye 360, a start-up company focused on using radio frequency (RF) to geolocate targets from pirate ships to mapping emitters on the ground. He added that “more than half of our company is made up of software developers who are working on signal processing or machine learning.”

Hawkeye 360 launched its first three Pathfinder RF geolocation satellites in December 2018; and in April April released its first mapping product called RFGeo. According to the company, RFGeo that initially is focused on finding maritime VHF signals but eventually will widen its capabilities to other applications.