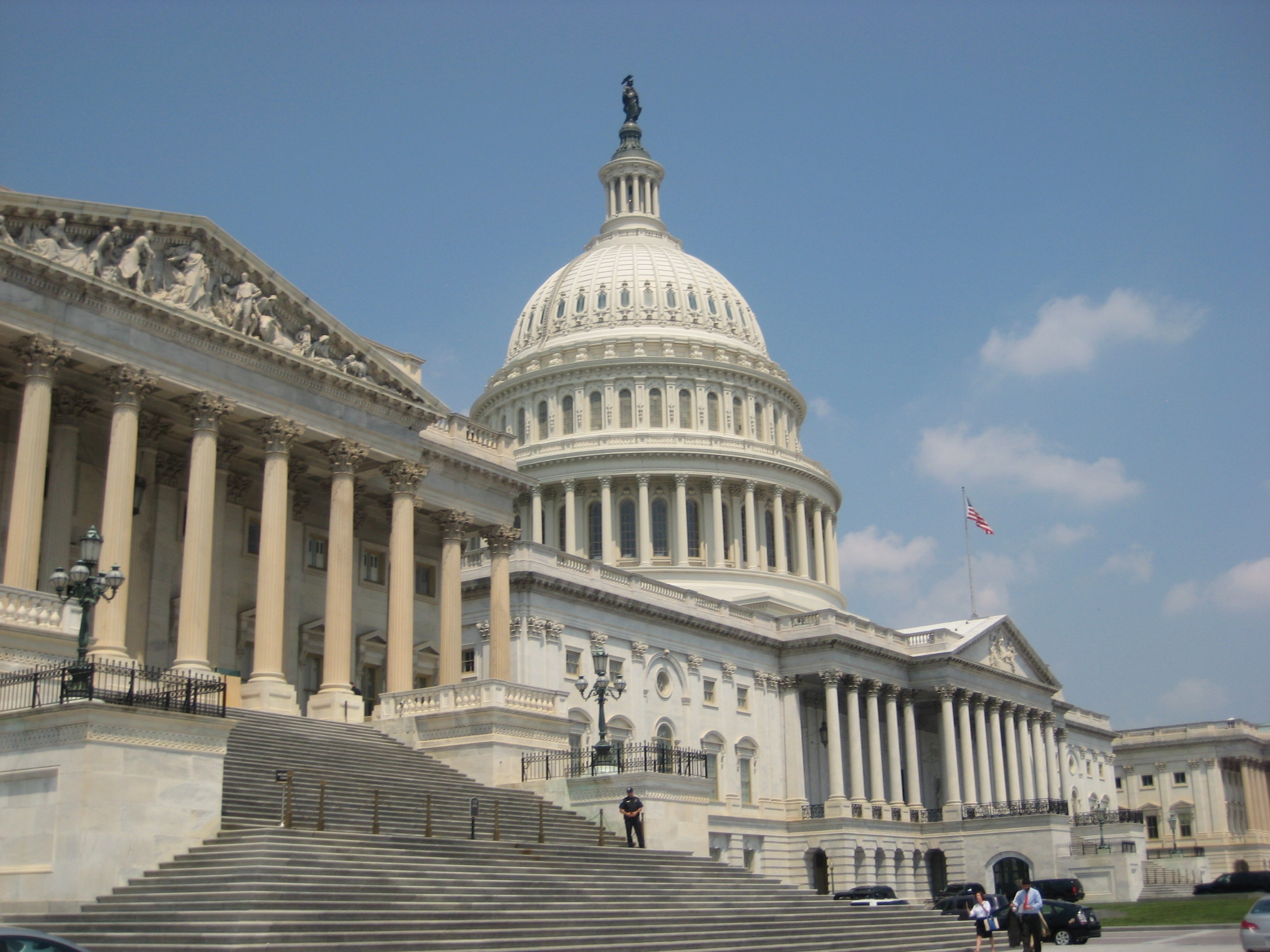 WASHINGTON: Congress can’t seem to hammer out a 2020 budget, so speculation is rampant about what will happen to the defense budget if there is no deal on Oct. 1 when fiscal 2020 begins. The administration has floated the idea of a full year Continuing Resolution (CR), but members of Congress have pushed back. Last year the defense community was spoiled by having both an authorization and appropriation bill enacted before the fiscal year began, but that’s unlikely to happen this year.

Let’s look at four different scenarios for the defense budget and what they mean: an appropriations bill passed before the fiscal year begins, a short two- to four-month CR, a longer five- to seven-month CR, and a full year CR. Bottom line: no need to panic. The politics have not changed much, so the forces that allowed previous deals are still at work. Restrictions from any CRs will be inconvenient but not crippling, and the key issue, the level of overall spending, looks pretty good for defense.

Budget politics have not changed much in the last few years, with basically three parties:

Prospects for a 2020 deal. The major issue is how much will money will be approved for domestic spending. Mulvaney has consistently tried, and failed, to get a budget that increases defense but cuts domestic. In 2017 the administration proposed adding $25 billion to the base defense budget offset by $15 billion in domestic cuts. Congress added the defense money without cuts to domestic. For fiscal 2018, the administration proposed a budget $54 billion above the existing Budget Control Act (BCA) caps, offset by $54 billion in cuts to domestic spending. But Congress added money to both.

In the 2020 budget, the administration tried a different approach. It proposed funding both domestic and defense at the BCA Levels but added money in the unrestricted Overseas Contingency Operations (OCO) account so defense would get its increase. (See my earlier article for a full explanation of this budget maneuver.) This maneuver is also failing in Congress.

As this history shows, the typical budget agreement has been to add money to both defense and domestic (and send the bill to our children) despite objections from deficit hawks. That will likely be the case again this year.

Surprisingly, total defense funding has not been a major issue. The Democratic-controlled House Appropriations Committee Defense Subcommittee (HAC-D) proposed $733 billion for national security (base budget, OCO, and nuclear activities of the Department of Energy), the level the administration planned for fiscal 2020 in its 2019 budget, and close to the administration’s $750 billion request. This high level is a surprise because congressional Democrats have moved to the left, with many of the presidential candidates suggesting deep cuts (for example, Sens. Elizabeth Warren and Bernie Sanders), and earlier statements by Rep. Adam Smith (House Armed Services Committee chairman) centered around $720 billion. The $17 billion difference between the administration and the House has even less effect on DoD than it appears because it includes border security money.

Programmatically, there are no major stumbling blocks to a deal.

The administration may talk tough, but it has few levers of influence in Congress on this. Shutting down the federal government over border security in 2018 failed utterly, so the administration is unlikely to try that again. The key question, then, is when will Mulvaney and the White House acquiesce to McConnell’s budget strategy to add money to both defense and domestic.

Meanwhile, the clock is ticking, and the Senate, where floor time is always at a premium, has only 35 days in session after July 4th before fiscal 2020 begins (August is mostly recess, unless the Senate decides to enjoy the swelter of a Washington summer). HAC-D has marked, but the bill has not yet passed the full House. It’s Senate counterpart (SAC-D) has not marked. So even if there is a deal, there are still a lot of mechanics needed to produce a defense appropriation bill. I would put the probability of an enacted defense appropriation before Oct. 1 at about 25 percent.

If there is no appropriation, then there will be a CR of some length. A Continuing Resolution, for those new to the Washington budget game, tells agencies to keep doing what they were doing last year. Every CR has “anomalies,” that is, exceptions to what agencies did last year. For example, DoD might be allowed to adjust the budget of a particularly important program like the Columbia-class submarine (as happened in fiscal 2017). Agencies always want a lot of anomalies to reduce the disruption of a CR. OMB typically denies most requests, seeking to put pressure on Congress to pass an actual appropriation.

Short term CR (two to three months). This buys time to implement a budget agreement. Program managers have already factored it into their plans since there have been CRs in 13 of the last 18 years. CRs jerk around the budget staffs and inconvenience a lot of suppliers but do not have much of an effect anymore on the broader defense program. Typically, there are only a few anomalies, mostly for personnel benefits and some operations, very few for acquisition.

Mid-length CR (four to seven months). Mid-length CRs begin to bite. For example, some training events and maintenance actions will have to be cancelled if delayed too long. There isn’t enough time left in the schedule to make up for the delay, so military readiness suffers. Thus, mid-length CRs typically have more anomalies, with some being allowed for acquisition programs that are particularly sensitive to delay. Multiyear procurement programs, for example, must often be funded or the government incurs a penalty. Congressional leadership will try to avoid a long CR, not wanting to have the 2020 budget unresolved when the 2021 budget arrives in February. Also, they will want to avoid any side effects from the presidential campaigns, which will hit a high pitch in February with the Iowa caucuses and New Hampshire primary.

Full year CR. This is the major lever the White House has left, so it has threatened to use it. There has never been one for defense although full-year CRs have often been used for domestic agencies,. Full-year defense CRs are often depicted as a budget apocalypse, with acquisition programs in tatters because quantities and funding cannot be changed, operations shackled to last year’s levels, and personnel programs unable to adapt to changing circumstances. In reality, a full-year CR would probably not be that bad because the administration and Congress will insert a lot of anomalies.

For example, there would likely be an anomaly allowing DoD to adjust production rates and program amounts to the lower of the House and Senate 2020 appropriations bills. The Pentagon would do this with a reprogramming, perhaps being allowed a special one-time mega-reprogramming proposal. If the size of the allowed reprogramming were large enough, the effect would be to reset each budget line just as a regular appropriations bill would. Money would be moved around internally from budget lines that had too much, compared with the fiscal 2019 level, to budget lines that needed more. Congress would likely require some sort of congressional approval since they view the administration as having abused its reprogramming authority with the border wall.

There would also be some provision for an increase in the overall budget from the 2019 level to the higher 2020 level. With these sorts of anomalies, the CR would look a lot like an appropriations bill. It would not be perfect, and DoD would complain, but it would be workable.

Watch the budget negotiations when they resume in August. Congressional leaders want a deal and may be trying to go around Mulvaney by including Secretary of the Treasury Steven Mnuchin in discussions. A quick agreement might allow an enacted appropriations bill before the new fiscal year. An agreement in principle before the end of the fiscal year would allow a defense appropriation with only a short CR.

On the other hand, if House progressives, angry about being ignored by the Democratic leadership, take out their anger on the defense appropriation, as they seem to be doing on the authorization bill, then it could be a long wait.

Mark Cancian, a former senior defense budgeteer at the Office of Management and Budget, knows whereof he speaks. He is now with the Center for Strategic and International Studies.