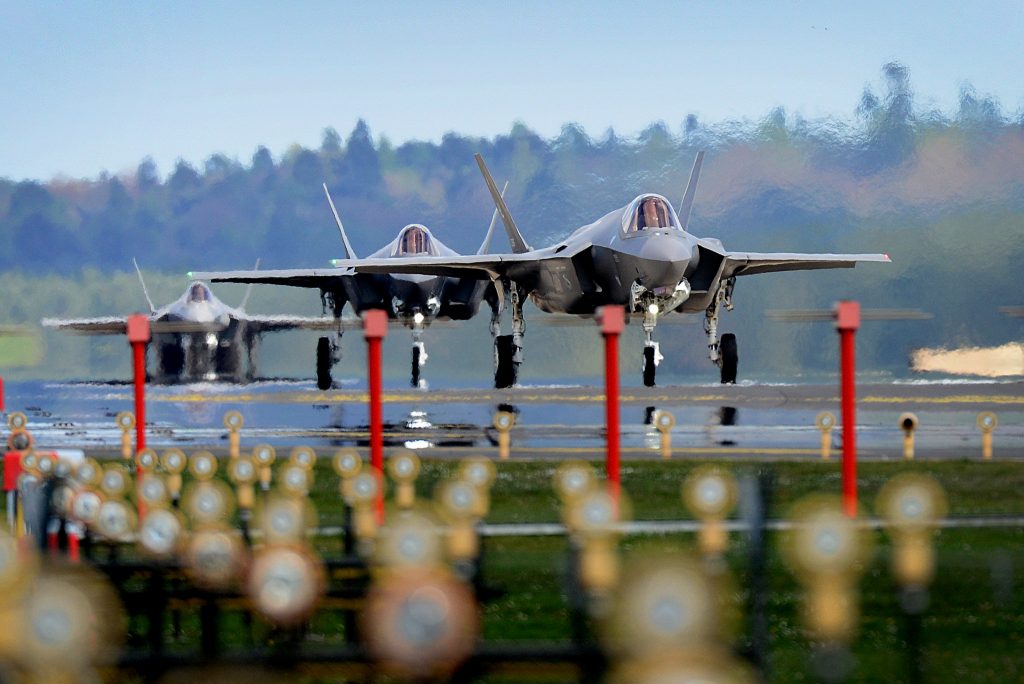 WASHINGTON The significant tariffs slapped on imported steel and aluminium by the Trump administration on Thursday — despite overwhelming opposition from the Pentagon, defense industry, and Republican lawmakers — take effect today.

It is still unclear what the fallout will be, but the targets are most of America’s closest allies. Canada, Mexico, and the European Union are pushing back, as the U.S. defense industry braces for what comes next.

“We understand the focus on fair trade that’s driving some of these actions, but we are on record and our position hasn’t changed that we have concerns about tariffs for a number of reasons,” Eric Fanning, head of defense industry group Aerospace Industries Association told reporters on Thursday. It is unclear what impact they will have on the global supply chain “and what that can mean for our companies,” he added. “Certainly what escalation might mean in terms of retaliation.”

The Trump administration first announced the tariffs in March, but gave Washington’s closest allies a reprieve from implementation as the sides attempted to negotiate new trade deals. The trade hawks in the administration, led by economic advisor Peter Navarro, won the argument to put the penalties in place, an action which flew in the face of the traditional Republican support for free trade policies.

Defense industry analysts have said that the tariffs could lead some manufacturers of defense-related items to move operations offshore to get around the increased costs of importing steel and aluminum.

There is also worry that retaliatory actions could eat into the country’s defense trade surplus, which in 2017 stood at $86 billion, by far the largest of any economic sector.

Earlier this year, Defense Secretary James Mattis pushed back against the idea of tariffs, saying in a February memo that the administration should clearly tell allies that the tariffs were not targeting them, but rather “are focused on correcting Chinese overproduction and countering their attempts to circumvent existing anti-dumping tariffs — not the bilateral U.S. relationship.” 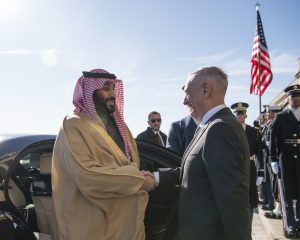 On Thursday, the Pentagon shrugged when asked about the new policy. Spokesperson Dana White told reporters that “the secretary’s statement stands, but what I would say is we have to take a holistic view and consider what the impact is. And it’s just too early to say right now.”

Canadian Prime Minister Justin Trudeau immediately tore into the tariffs, which will hit the Canadian steel industry hard. He called the Trump administration’s national security argument “inconceivable,” adding the tariffs are “an affront to the Canadians who died” alongside American troops everywhere from WWII to Afghanistan. Ottawa hit back with a series of duties on steel, aluminum, beer, whiskey, and other items totaling $16.6 billion, the largest Canadian trade action in history.

The move, with the full reaction from the defense industrial base and allies yet to come, came on the same day AIA delivered a letter to Secretary of State Mike Pompeo calling for the creation of a streamlined, coherent national security cooperation strategy led by a single “czar” that would increase both speed and transparency for military equipment sold to allies.

“This was something that frustrated me when I was in government,” Fanning, who served as both Secretary of the Army and Acting Secretary of the Air Force during the Obama administration, said Thursday. “If the answer is ‘no.’ it’s helpful to get to it quickly so we’re not frustrating allies and partners.”

While the tariff announcement on its face may not scuttle the project, the pushback from allies would certainly appear to put the proposal in some jeopardy.

The point of the project AIA is advocating would be to streamline the foreign sales process across government. That would be done by — for the first time — creating a strategy to guide Washington’s goals for selling weaponry to allies, which Fanning said he could be a classified report that would lay out there the Pentagon sees gaps in its own capabilities which could be filled by allies.

“If we can paint a picture of how them increasing certain capabilities does help them because it helps the broader effort,” Fanning said, “I think it helps us make our case.”

But on Capitol Hill, the tariff announcement further fractured the already rawkus Republican caucus. Congresswoman Elise Stefanik, chair of the HASC subcommittee on emerging threats and capabilities, said: “I strongly oppose these tariffs…if President Trump wants to target Chinese steel dumping, he should target tariffs at China and not at our friends to the North.”

Republican Sen. Bob Corker, chairman of Senate Foreign Relations Committee added in a statement “imposing steel and aluminum tariffs on our most important trading partners is the wrong approach and represents an abuse of authority intended only for national security purposes.”