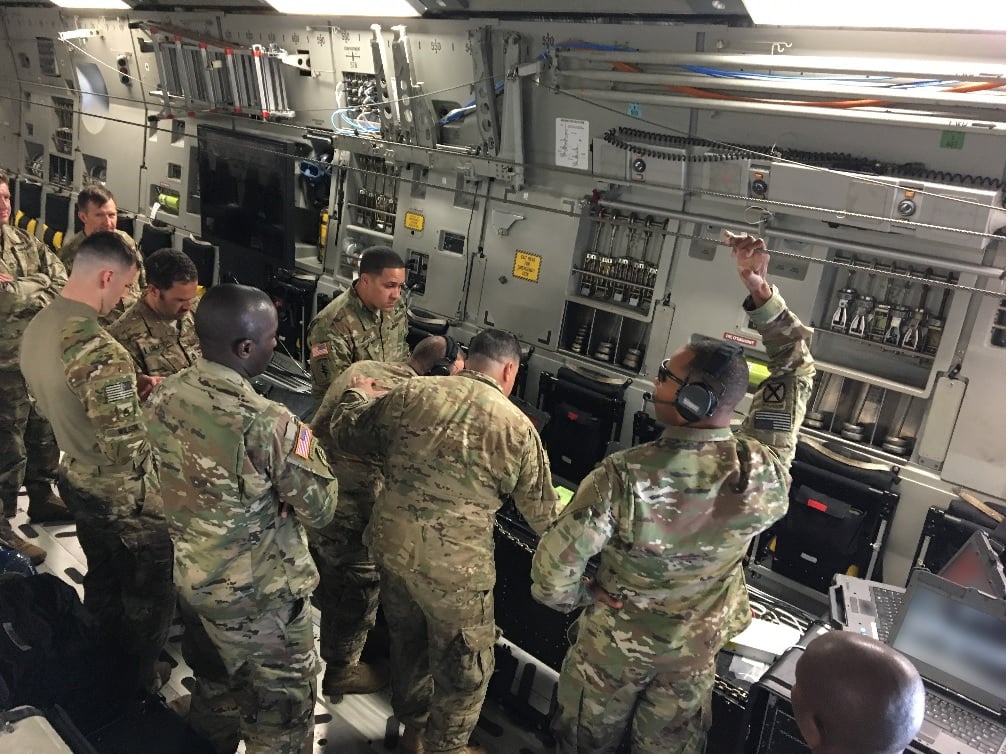 TECHNET AUGUSTA: No incumbent contractor should feel safe, and all comers should consider taking a shot, Army network modernization officials told me here. Even for its upgrade coming in the next few months– Capability Set 2021, aimed at infantry brigades — the service is still thrashing out which technologies to include, let alone who gets paid to build them.

Subsequent biennial upgrades — Capability Set 23, CS 25, CS 27, and beyond — are even more in flux, by design, to leave room to add the latest tech. In fact, even an upgrade already being fielded to specialized communications units, the Expeditionary Signal Battalion – Enhanced (ESB-E) kit, is open to change.

On the flipside, if the Army decides your product isn’t ready for the upcoming upgrade cycle, or it just doesn’t fit the available budget, you should still aim for the next upgrade, or the one after that. And you should take that shot ASAP, because the early work on those later upgrades has already begun. 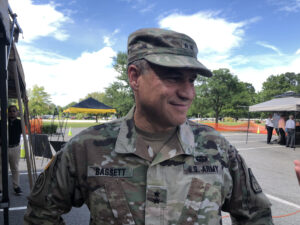 That said, Bassett doesn’t want to overcorrect by delivering tomorrow’s technology today, before it’s ready for the harsh conditions and high demands of erecting a wide-area wireless network in a war zone.

“I know y’all won’t believe this, but some of the things that vendors show me as mature, it turns out they’re not,” Bassett snarked at the TechNet Augusta conference last week. “What we’re not doing is holding up a Capability Set for any given technology. If it’s ready, bring it to us. … If it’s not ready yet, look to a future Capability Set.”

Bassett has held industry “outreach sessions” recently in Nashville and Baltimore, with another this November in Austin. These are forums for the Army to solicit white paper proposals to solve specific problems and then award small demonstration contracts using Other Transaction Authority (OTA).

Larger-scale procurement for Capability Set 21 should start in April, Bassett said. “The contracts, the logistics, the testing,” he said, “we’re in the midst of that right now, so we can buy the network in ’20, we can integrate and test it next summer, and we can deliver to brigades in ’21.” 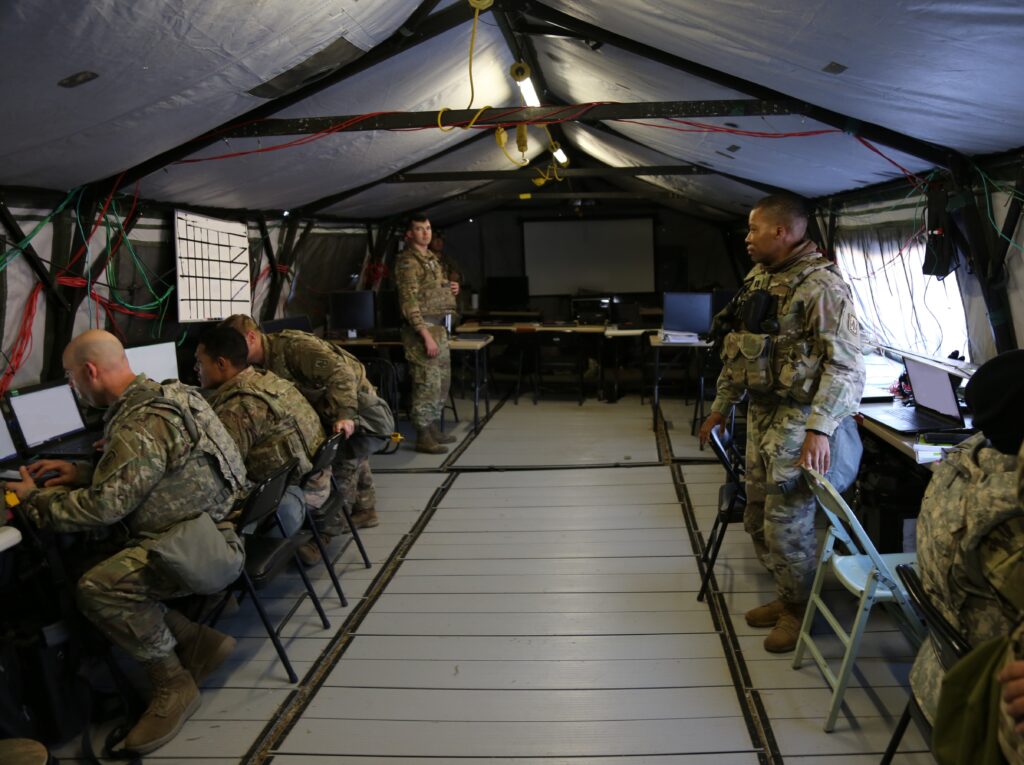 To test new network concepts and designs as fast as possible, the Army is using a lot of “stand-in” technology — that is, whatever is available, from existing contracts or inventory, that works well enough to run the test. But those stand-ins aren’t necessarily, or even probably, the final products the Army plans to use, and their manufacturers don’t have any incumbent advantage over other contenders.

“Believe us when we say that we’re not vendor locked and that we’re going to open this up for a competitive environment in FY 20, after we decide what the final network architecture needs to be,” said Col. Garth Winterle, who works for Bassett as project manager for tactical radios. So the Army has two main messages for industry about Capability Set 2021, Winterle told me. “Be prepared for competitive procurement in FY 20,” he said, “[and] be open to providing information, including some stuff they may not share typically, like potential price points.”

Even today, “all of my radio contracts are multi-vendor,” Winterle told me. That means one vendor on the contract may win the first lot of radios, but a different vendor may win the second — or the Army may bring in a new vendor that wasn’t even in the initial award, all without having to redo the POR. 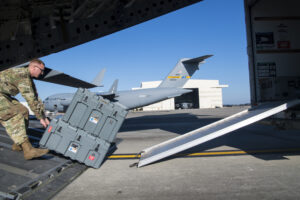 “All Programs of Record are being compared to potential commercial systems as part of the experimentation, so if elements of [the existing] WIN-T architecture come up against new commercial that are more affordable or more affective…they have to participate in a run off,” Winterle said. “Gen. Bassett’s been clear: There’re no sacred cows.”

Yes, large chunks of the current Warfighter Information Network – Tactical will remain in Army service for years to come, despite former Army Chief of Staff Mark Milley calling WIN-T inadequate for highly mobile high-tech war and truncating the program back in 2017. For all the Army’s urgency about advancing, the service is just huge, so on any plausible budget it will take a decade to overhaul everything. The Army’s target date for total modernization is 2028. 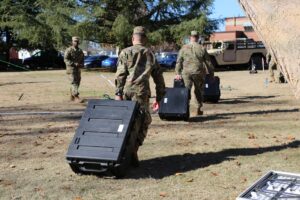 But key pieces of WIN-T will be replaced much sooner, and some select units will be rid of it entirely in the near term. First up is the 50th Expeditionary Signal Battalion at Fort Bragg, which deploys teams worldwide to keep frontline units connected.

The 50th ESB started turning in all its WIN-T kit this past October. Not only are all three companies within the battalion now using a new kit called ESB-Enhanced: Each company got a different version of the new equipment, which it field-tested, modified, and tested again. A council of generals approved proposed changes “at least every month,” said Col. Mark Parker, until recently the Army’s capability manager for networks & services.

Now, after about a dozen revisions in less than 12 months, the Army has a radically new ESB-E. That means not just new kit, but new personnel, training, organization — even a reorganized motor pool. The streamlined formation needs 18 percent fewer soldiers and half as many vehicles. It can deploy on commercial aircraft instead of heavy-duty Air Force transport — the basic network kit actually fits in the overhead bin — but it can provide communications to 60 percent more command posts. (48, up from 30).

The final ESB-E design is due before the new Army Chief of Staff, Gen. James McConville, in October — a year after the first new kit was fielded — so he can decide whether to reorganize the other Expeditionary Signal Battalions across the Army on the new model.

“Not all ESB-Es are going to look alike,” however, Parker told the conference. A battalion supporting the 18th Airborne Corps (as the 50th ESB-E does at Fort Bragg) might need parachute-qualified communications techs, while one supporting fast-moving armored divisions might need different ground vehicles to keep up. The Army also keeps hoping to add new technology to each ESB-E as it becomes available, Bassett told the conference.

The way Army upgraded the Expeditionary Signal Battalion – Enhanced is preview of what it hopes to do across the force, Bassett said. That means streamlining or bypassing the traditional requirements process, and using existing contracts and authorities to get new tech to the troops fast — and then get their feedback to make it better in the next round.

But the Army was able to put the entire brigade architecture together in the laboratory — using stand-ins for the final product — and test it “end to end,” Winterle told me. That means sending realistic loads of both voice and data, based on real-world mission requirements, from tactical radios to satellite communications to US-based server farms.

The next big step is to take the hardware into the field, with a full brigade of the 82nd Airborne Division to be field tested next year. 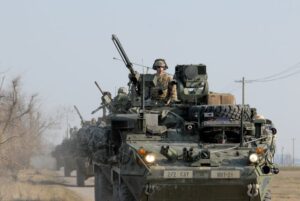 While Bassett and his procurement professionals focus on Capability Set 21, the Army-wide Cross Functional Team for network modernization is already working on CS 23. While ’21 is optimized for infantry units, ’23 will take on medium-weight brigades of 8×8 armored Strykers and heavy brigades of M1 tanks and M2 Bradleys. These vehicles can carry a lot more hardware than infantry on foot, so they can field more powerful transmitters and larger antennas. But they’ll really need that added power, because they can cover much more ground in a day and need to transmit signals over longer distances, without revealing their location to eavesdropping enemy electronic warfare units.

By Capability Set ’25, if not before, “we should be able to have constant communications where you can come up or drop off as required, depending on threat,” said the CFT’s unified network lead, Col. Curtis Nowak. This ability to connect, get essential data, and then go dark to avoid detection is central to the Army’s emerging concept of high-tech warfare, what’s called Multi-Domain Operations.

The Army’s goal is to modernize the entire force to wage multi-domain operations by 2028. That’s why the Army has already scheduled successive network upgrades in ’21, ’23, ’25, and ’27. But that’s not the end, officials have made clear.

“The reality is there will be a Capability Set ’29,” Nowak told me. “We’re no longer going to have a finish line.”