US Dominance, Major Programs At Risk In 2015 Budget 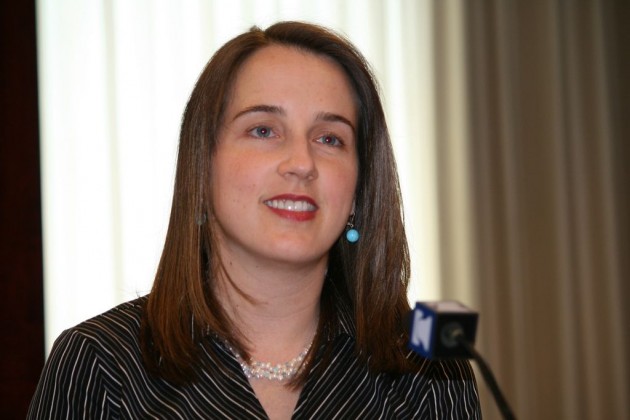 She’s baaack! After having the temerity to give birth to a child and thus deprive us of her insights for several months, Mackenzie Eaglen of the American Enterprise Institute has penned an op-ed on the 2015 budget. She casts it in a fairly gloomy light, pointing to the haunting possibility of a hollow force in the too-near future and the possible loss of American military dominance, a fact of global life since the surrender of Imperial Japan on the USS Missouri. These warnings are not new. Many outside DoD have been observing these alarming trends for years. With turmoil in the highest reaches of defense lawmaking — Sen. Carl Levin and Rep. Buck McKeon, chairs of the Armed Services committees, retiring, as is Rep. Jim Moran of the House Defense Appropriations subcommittee — the need for policy guidance from right and left grows increasingly important. Congress and friends, read on. The Editor

As Washington prepares for another defense budget submission and another new strategy document, lawmakers and policymakers would be wise to step back and attempt to glean the collective impact that “change fatigue” and four years of defense budget reductions and uncertainty have caused for the US military.

The budget relief provided in the recent omnibus spending bill was simply a Band-Aid. Unfortunately, all the trend lines appear to be moving in the wrong direction. America’s waning military strength should be worrying Washington much more. Perhaps the ugly 2015 defense budget request will be the one that finally forces politicians into action.

A quick sampling of recent observations and predictions from senior Pentagon officials does not bode well.

“If we stay on the path that we’re on, I think that we will, at least in the short term until we can get back into balance, have a hollow force,” Frank Kendall, undersecretary for acquisition, technology and logistics, said at the American Institute of Aeronautics and Astronautics’ Science and Technology Forum and Exposition conference.

He then highlighted diminishing US military technological superiority across the services and domains, stating that, “Unless sequester is reversed, nations such as China and Russia could become more militarily powerful than the United States.”

Earlier this month, Mr. Kendall expressed similar concerns, “I’m very concerned about eroding technological superiority and where we’re headed. … We’ve had 20 years since the end of the Cold War [and] sort of a presumption in the United States that we are technologically superior militarily. I don’t think that that’s a safe assumption. In fact, I think that we’ve gotten complacent about that and we’ve been distracted for the last 10 years fighting counterinsurgencies.”

At another conference across town, Admiral Sam Locklear, head of Pacific Command, reiterated the same point. “Our historic dominance that most of us in this room have enjoyed is diminishing, no question,” he told the Surface Navy Association.

This should come as little surprise given the military’s shrinking investment in the future.

“The Navy took a modernization and maintenance “holiday” from 2003 to 2008 because of deployment demands. The sequester budget cuts in 2013 added to the backlog,” Admiral Tom Copeman, commander of Pacific Command’s naval surface forces, reportedly told the same association meeting.

Meanwhile, the cancelation or termination program casualty list is getting longer each day in the lead up to the release of the 2015 budget request. Thus far, it looks likely the forthcoming budget will seek to:

And that’s just the beginning. Much more will surely be lost once the official budget is released in late February or early March.

Yet there appears to be little let-up in demand for US military power — even as forces exit Afghanistan over the next year.

The Navy is moving to lock-in eight-month long deployments as the new normal for sailors and their families. “We’re trying to get our deployment lengths back in line to an eight-month deployment,” Admiral Bill Gortney said this week.

As forces serve longer, equipment ages more rapidly and the dollars for next-generation replacements are dwindling. This is having a direct impact on the US military’s global presence.

“But I’m not saying there’s not a reduced presence there — there is,” Admiral Jon Greenert, Chief of Naval Operations, was quoted in Politico when referring to the fact that there were no warships operating in the US Southern Command area of responsibility at the Pentagon last July.

Army General David Rodriguez, commander of Africa Command, “estimated to Congress last year that the U.S. military needs to increase its intelligence-gathering and spying missions in Africa by nearly 15-fold,” highlighted by the Washington Post. The general told Congress that Africa Command needs assets given that it “receives only about 7 percent of its total intelligence, surveillance, and reconnaissance requirements.”

Secretary of Defense Chuck Hagel has warned that one consequence of full sequestration would be a “decade-long modernization holiday.” Policymakers should not then be surprised that sequestration-lite will bring similar outcomes beginning with the 2015 budget.

As Congress prepares to consider the next defense budget, members should take full stock of the state of the US military. The military’s historical dominance is eroding, its investments are falling and global requirements are unrelenting.