US Must Overcome ‘Hubris’ And Prepare For Surprise: Experts

WASHINGTON: Even as a sniper shoots President John Doe at an open-air rally, a dozen commandos in civilian clothes are scaling the fence at Fort Myer just south of the Potomac. In minutes, they’ve stormed Officers’ Row and killed or wounded two-thirds of the Joint Chiefs of Staff, including the Chairman, in their homes. The team attacking the Naval Observatory is held off by the Secret Service while the Vice President escapes, but other agents catch the Secretary of State at dinner in Georgetown and leading legislators at a fundraiser. The attackers are all Asian, and in the context of the current Pacific crisis, fingers swiftly point to Beijing, but China blames a false-flag operation by Taiwanese ultranationalists. As the US’s disoriented new leaders are still struggling with how to react, the People’s Liberation Army begins a massive cyber and precision guided missile strike on Taiwan….

That’s just one of 18 unsettling scenarios tucked in the appendix of a new study on surprise, published by the normally staid Center for Strategic & International Studies. A few more examples of the study’s wide range:

The point isn’t prediction, lead author (and frequent Breaking Defense contributor) Mark Cancian said at CSIS Tuesday. He’s not saying any of these specific scenarios will happen or is even particularly likely — but some kind of surprise is certain. The point is to make the reader contemplate the upsetting possibility that our adversaries may catch us off guard in a big way.

The US has run into ugly surprises many times before, of course, from Pearl Harbor to the Tet Offensive to 9/11 and even Iraq after 2003. But a generation without a great power adversary has not prepared us well for the inevitability of surprise on a strategic scale.

“The United States has been fighting weak and isolated regional adversaries for the last 25 years, and a result we have a very inflated view of how good we are,” Cancian told me just before the study came out. Top officials and politicians routinely tell the troops and the public that we have the best military in the world, even the best military in history. “That was a level of hubris that really got me thinking that we are position in for a real surprise when a great power adversary who has (advanced) capabilities brings them to bear on us.”

“There will be some surprise, so how are you going to react to that?” Cancian said. “If you have a military that is accustomed to primacy and being able to control events, and it’s all of a sudden not in control, then you have potentially a very dangerous situation.” 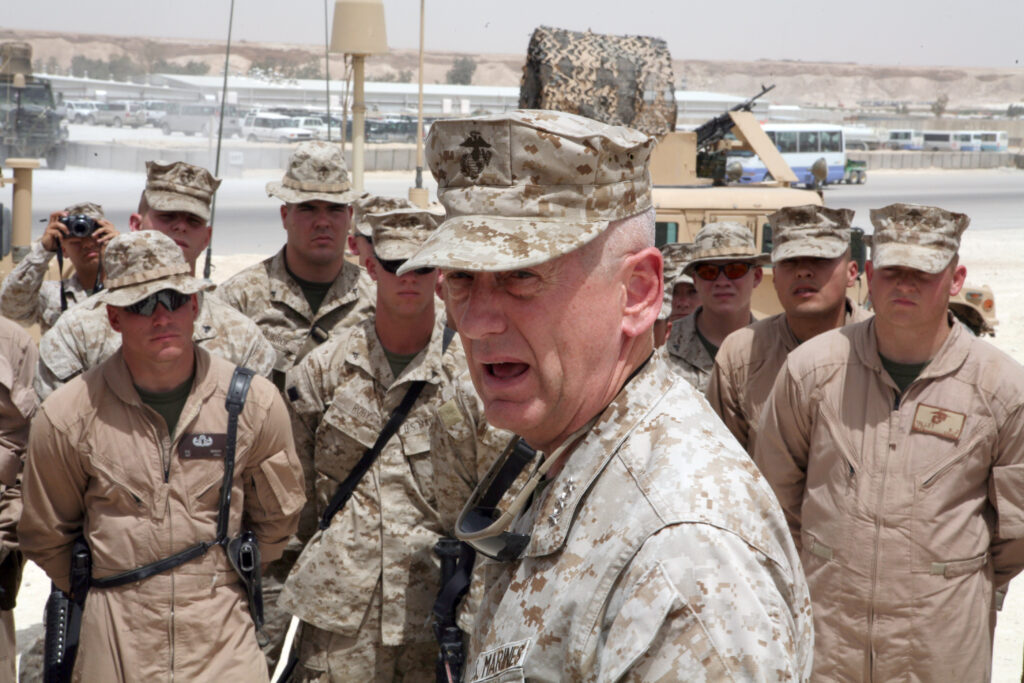 Defense Secretary Jim Mattis has warned publicly that “we have no God-given right to victory.” Other senior leaders have painted disturbing scenarios, notably Army Chief of Staff Mark Milley’s vision of future war. But such statements are pitted against public confidence and military officers’ first-hand experience of technologically outmatching (albeit not outsmarting) every enemy we’ve fought for a generation.

“It’s not that everyone is oblivious to this,” Cancian said. “The problem is that it just takes time and effort to get a Secretary Mattis’s insights all the way through an organization that has been accustomed to operating in a certain way for 25 years.”

True, the post-9/11 officer corps now a tremendous amount of hard-earned combat experience. But that experience may not translate well from fighting guerrillas and terrorists to fighting high-tech nation states. 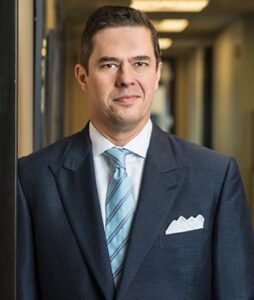 “If you’re a combat veteran, your chances of getting promoted are greater, (but that) means that you have deep searing personal experiences with a certain type of warfare,” said Thomas Mahnken, head of the Center for Strategic & Budgetary Assessments, at Tuesday’s rollout of the report. “That didn’t serve the British and French militaries well” at the start of World War II, he said, when they were so intent on not repeating the horrors of trench warfare that they were blindsided by the new and much more mobile threat of blitzkrieg.

“You don’t have to look all the way back to World War I and World War II to find examples of surprise,” said former undersecretary of defense for policy Christine Wormuth. “I approach this with a lot of humility,” she said, after serving in the Obama administration and seeing it taken by surprise twice in a single year, 2014: Russia’s seizure of Crimea and the Islamic State’s sweep across Iraq.

In a world of such surprises, the American military’s own can-do culture can get in the way, Wormuth said. Recalling her own struggles to get senior officials to acknowledge shortfalls in a proposed war plan, she said: “They did not want to hear it. They did not want to hear it….Admitting that maybe we can’t do something is very much frowned upon.”

But as Alcoholics Anonymous would say, admitting you have a problem is the first step to solving it.

What Kind of Surprise?

CSIS offers a taxonomy of potential shocks. Its scenarios range from the classic strategic surprise attack to technological surprise, “doctrinal surprise” (like blitzkrieg, where a known technology is used in unexpected ways), and diplomatic/political:

You can also borrow Donald Rumsfeld’s infamous distinction between “known unknowns” and “unknown unknowns,” Cancian told me. There are plenty of questions where we don’t know the answer, but at least we know the question. If war breaks out and the enemy starts sinking our aircraft carriers, for example, we’ve been debating how vulnerable carriers are for decades and have alternatives such as missile-armed submarines and surface ships, which the Navy’s emphasizing in its new distributed lethality doctrine, Cancian said. If the enemy wipes out our political leadership, however, that’s a danger many of those leaders have been reluctant to even discuss.

Mahnken offered an alternative division. Sometimes, he said at CSIS, the enemy genuinely surprises us, because they’ve successfully concealed vital facts and/or fed us disinformation. (The Allies did this to Hitler over the location of the D-Day landings, for example). “But,” he continued, “I think more commonly, we surprise ourselves — meaning information is available and we collect it and either we ignore it or we misinterpret it.”

“The greatest gains to be made are in reducing the chances of us surprising ourselves,” Mahnken said. 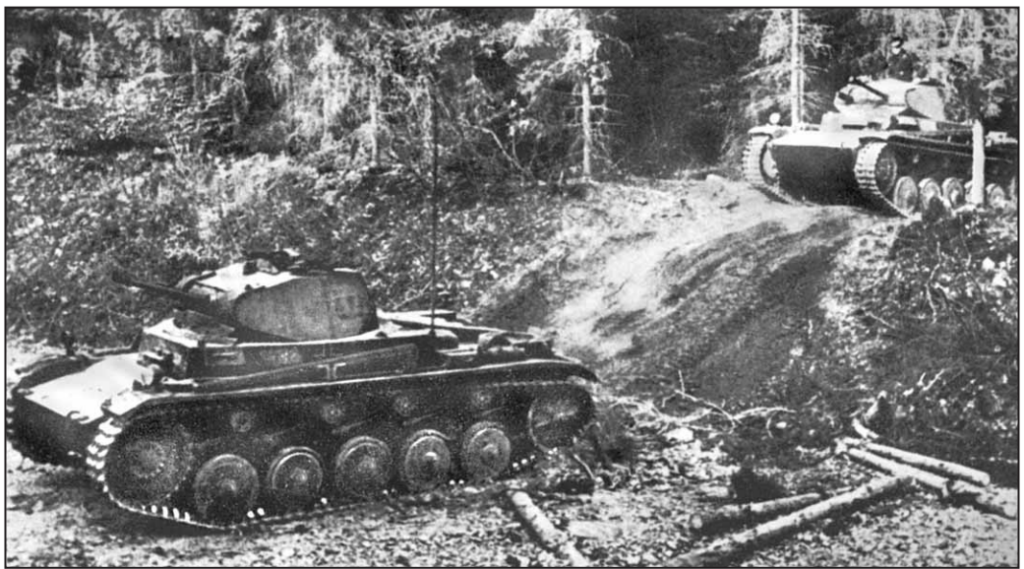 So how do we make ourselves less easy to surprise? By reading studies like Cancian’s, for a start. Fiction is also useful for real-life strategists, said Wormuth, citing the novel Ghost Fleet, which begins with the US military paralyzed by sabotaged Chinese-made microchips. “That was a really great way to force the Pentagon to think about how technological surprise, doctrinal surprise could really manifest,” she said. 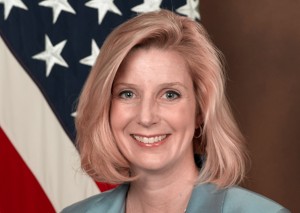 More systematically, the assembled experts said, we need to do no-holds-barred wargames where the officers playing the “bad guys” actually think like our adversaries — rather than making American assumptions — and the bad guys are actually allowed to win. We need to let those wargames play out long periods of positioning, hacking, political warfare, and proxy warfare to simulate a Russian or Chinese-style grey zone campaign, rather than jump straight to overt armed conflicts with a tidy beginning and end.

“We have to allow our officers at much lower levels to experiment and sometimes fail,” Wormuth said. “That runs very much against the grain of what we have in the Department of Defense right now.”

How to change it? “That tolerance for experimentation and failure and risk can only be set from the very top,” she said.