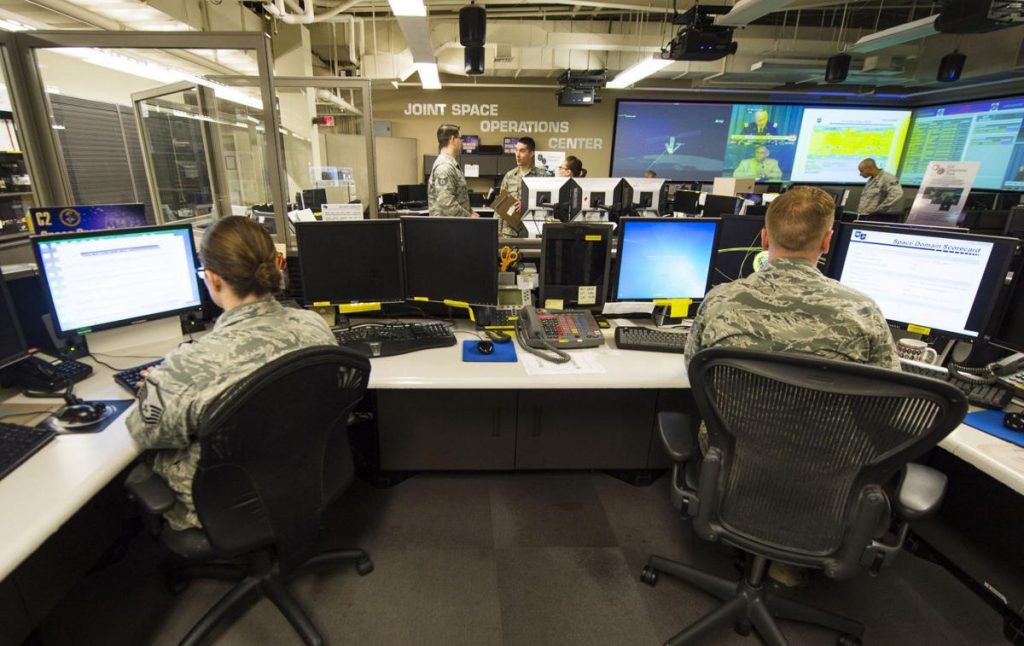 SPACE SYMPOSIUM: After spending about $1 billion to build the so-called Joint Mission System (JMS) to track satellites and space debris, the Air Force has been forced to rejigger SPADOC, a 1980s system at NORAD, to help keep the service’s conjunction analyses coming.

The JMS was designed as the principal source of what’s known as Space Situational Awareness (SSA) — knowledge about where and when satellites are in orbit. Now, to get some idea of what the Air Force has done, consider that the Space Defense Operations Center (SPADOC) began operating in 1979 in NORAD’s Cheyenne Mountain Complex. It was upgraded in 1989.

I asked Brian Weeden, who worked on SPADOC when he was in the Air Force, about the significance of what the Air Force is doing. Much of what Weeden, an expert at the Secure World Foundation, initially said about the Air Force using SPADOC for SSA I cannot use for fear of offending those with gentler sensibilities than my own. Boil it down, and Weeden concludes:  “So, a billion or so was wasted on JMS. Now we’re using SPADOC. OK. How does that make it any better?”

What did Gen. Jay Raymond, now head of Air Force Space Command who is nominated to be leader of  Space Command, think about SPADOC? These are excerpts of a speech he delivered in August 2017:

“And again, today the system that we have, which is called SPADOC (Space Defense Operations Center)—anybody ever hear of SPADOC?  I can’t wait until we can take a hammer to SPADOC and just blow it to bits.  It’s an old clunker and it’s a catalog system: it’s not a warfighting command and control system.  It’s not a multi-domain system. It’s full, it’s tired, and it’s limping across the finish line until we can get this thing called JMS (Joint Space Operations Center Mission System) up.”

The first two so-called increments of JMS were sharply criticized by the director of Operational Test and Evaluation (DOT&E) in the last two annual reports. The latest iteration of Increment 2, known affectionately as JMS SP-9, “is not operationally effective or suitable for its Space Situational Awareness (SSA) mission.” SP-9 was supposed “to update and expand JMS hardware and software to perform functions currently performed by SPADOC and ASW [Astrodynamic Support Workstation], with improved accuracy, efficiency, and responsiveness,” DOTE says in its 2018 report. But the Air Force has now turned back to SPADOC with the Raytheon deal.

Here’s how the Air Force and Raytheon explained the move.

“SPADOC provides critical space-tracking capabilities that we must sustain and maintain while we wait for new systems to come online,” said Bob Taylor, Air Force Legacy Space Branch chief. “At the same time, it’s critical that we address the obsolescence risk of an aging SPADOC system. So we came up with a really innovative, modern solution to this problem.”

The joint statement notes that the Air Force plans to replace SPADOC “with modern systems that will simplify operations and provide greater space situational awareness and collision avoidance capabilities. However, the new system won’t come online for several years.”

For Raytheon’s part, they point to how quickly they got this done.

“Within just a few months we brought together a team, developed the technology to modernize it, got it on contract and held a series of demos to prove it worked,” Dave Fuino, program director for Raytheon Intelligence, Information and Services, said. “We went from concept to proving the solution in less than a year, which is really remarkable.”

The Space and Missile Systems Center (SMC), the prime contractor for JMS, by contrast, did not do a good job. The DOT&E report says: “The JMS Program Office, developers, operators, and testers could have prevented many of the problems identified during operational testing if they better synchronized their efforts from requirements creation through system development and all stages of testing.” JMS started in 2012.

Weeden’s assessment of SMC’s work on JMS: “It’s hard to think of a more incompetent and badly managed acquisition program.”

The apparent solution to the JMS fiasco sounds pretty elegant. The Air Force issued a sole source deal to Raytheon for a piddling $2.4 million to show proof of concept. I understand Raytheon bought a few servers and emulated what is on the existing machines, bought some commercial off the shelf (COTS) computers and that was pretty much that. A final sole source contract has been bid on by Raytheon. That will allow the base SSA system to keep operating while the Space Fence and other equipment come on line.

But this does raise another question. If SSA is the foundation of US space operations and it’s so important to the Air Force, why has this effort been so difficult and badly botched? That’s a question we can’t answer authoritatively, but Weeden and other experts I’ve spoken with point out that the most SSA data is gathered by the huge Cold War sensor system designed to monitor, detect and assess the threat from nuclear weapons.

“This mainframe and these pre-Internet data links are the hardwired backbone of the entire SSA system and they have been struggling how to replace them without spending tens of billions of dollars to replace the entire monitoring system,” Weeden told me. “The problem is you can’t interrupt the nuclear warning system to fix it, can you?”

The other issue with JMS was that, because of its many problems, it was “not be ready to support Space Fence operational testing or operations,” the DOT&E report says. That’s a big problem because the Space Fence radar is considered key to improving SSA in a more congested environment.

Space Fence will provide roughly four times as much data as existing systems. The good news is that the Space Fence, expected to be operational this year, will have its own data management and analysis capabilities.

“Space Fence can maintain a catalog of space objects independent of the Combined Space Operations Center (CSpOC) providing an independent Space Situational Awareness capability. There are a variety of analysis capabilities within Space Fence to include conjunction analysis support, maneuver detections, and other space event related capabilities,” according to emailed responses from Lockheed Martin, the Space Fence builder.

Space Fence will also supply “substantial information that can be used by today’s legacy systems (such as SPADOC), the CSpOC, and other C2 centers that the US Air Force deems appropriate.” (I’d be surprised if it didn’t also supply data to the National Space Defense Center used by the Intelligence Community the military for warfighting C2, but I couldn’t get that confirmed.)

The Space Fence will use Gallium Nitride (GaN) powered S-band ground-based radars, as well as expand the range of current radars used to track space debris. Crucially, it will allow operators to track much smaller objects that can still pose a grave threat to spacecraft. 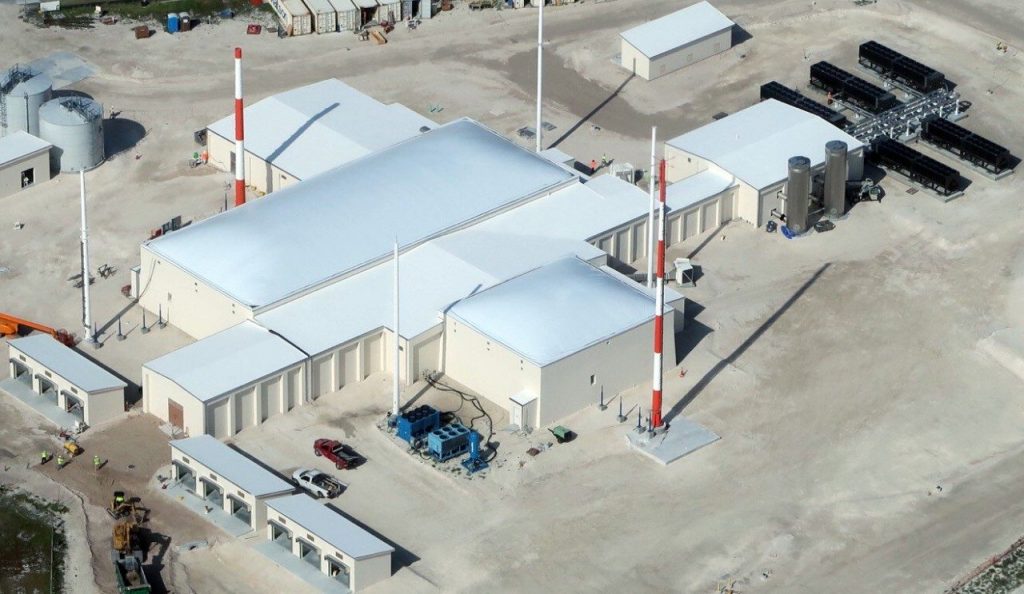 The Space Fence facility on Kwajalein

In his speech to the Air Force’s Multi-Domain Command and Control conference last year, Raymond said the Air Force also asked the Rapid Capabilities Office, builder of the B-21 and other crucial Air Force weapons, to build something called Enterprise Space Battle Management Command & Control. ESBMC2 will apparently be able to manage much more SSA data from a wider array of sensors and work seamlessly with the Intelligence Community, especially the NRO. It will be used by the National Space Defense Center (NSDC), where a war involving space would be fought from.

So the future of American SSA looks as if it will rely on the existing Cold War system using the emulated version of SPADOC, plus the Space Fence and the ESBMC2 at the NSDC.

Unfortunately, we don’t know very much about ESBMC2. Let’s hope whatever they took from JMS works better than what preceded it. As the Pentagon begins building the new Nuclear Command and Control system — NC3 — one of the fundamental decisions will have to be whether the SSA system feeds into it and is separate or is built in. Or perhaps the cloud will make another decision possible?

There was one indication of the new direction, as my colleague Sandra Erwin of Space News reported yesterday:

“The company uses artificial intelligence to analyze data from satellites, aerial drones and other sources. Slingshot announced the Air Force award on Friday and will be demonstrating the Orbital Atlas this week at the Space Symposium’s ‘Orbit Lounge.’”