Posted by Andrew Krepinevich on February 2, 2017 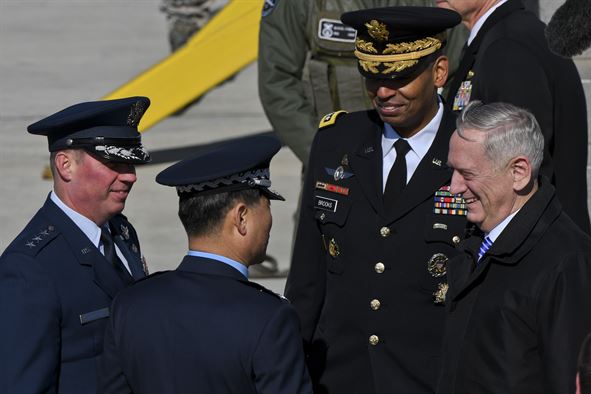 Why is newly confirmed Defense Secretary Jim Mattis making his first overseas trip to the Western Pacific to confer with two of America’s key allies, Japan and South Korea?

After all, both Mattis and Gen. Joe Dunford, Chairman of the Joint Chiefs of Staff, have declared Russia poses the greatest danger to the United States. But actions, they say, speak louder than words, and for good reason. From a military perspective, the need to make the Western Pacific our top priority is clear. It follows from examining key planning factors that the military uses to help it set priorities. In every case the analysis finds that China, not Russia, poses the principal threat. 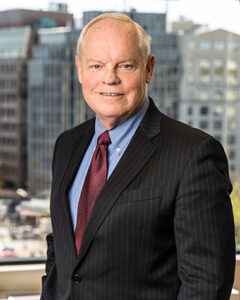 The first focuses on “military potential,” or a country’s ability to generate military power. Over the past dozen years China’s defense budget has experienced double-digit growth, increasing by nearly 200 percent. It now stands at over three times that of Russia’s and second only to our own. Given China’s continued economic growth and Russia’s stagnation, the spending gap between these two revisionist powers is destined to widen over time.

There is also the matter of geostrategic risk. This refers to the ability of allies and partners to defend themselves. Again, we find the situation far more precarious in the Western Pacific than in Europe. The populations of France, Germany and Great Britain together exceed that of Russia. Each alone has a GDP twice the size of Russia’s, and a more advanced industrial base. Our NATO allies clearly have the ability to offset the Russian threat, should they choose to do so.

This is not the case in the Western Pacific, where China’s GDP is over twice that of Japan’s, and its population over ten times greater. Thanks to technology that it has developed, bought or stolen, Beijing’s industrial base is rapidly closing the gap with Japan, America’s only great power ally in the region. And unlike in Europe, where our allies are bound together within NATO, no such regional alliance exists in Asia. Again, here is where U.S. military capability is needed most.

Planners also consider—and highly value—“strategic depth,” or the distances between the enemy and friendly centers of power. Militaries with strategic depth enjoy the option of trading space to gain time in order to achieve a more advantageous position—time to mobilize forces, for example, or to enable allied troops to arrive on the scene. The United States lacks strategic depth in the Western Pacific, where it has longstanding security commitment to defend Taiwan, and formal alliances with Japan and the Philippines. These countries lie in close proximity to China. The situation in Europe is far less dire. For example, while the Taiwan Strait is barely 100 miles across, the distance from Russia to Paris is nearly 10 times greater.

Furthermore, being islands, the Philippines and Taiwan, along with Japan’s southern Ryukyu Islands, offer little opportunity to retreat in order to trade space for time.

The Chinese understand the importance of strategic depth. Their seizure and militarization of South China Sea islands has further compromised our position by placing Chinese forces along much of the length of the Philippine Islands, which until now have been a relatively safe rear area.

Unfortunately, despite the Obama administration’s commitment in 2011 to rebalance the weight of U.S. military effort to the Western Pacific, the ongoing conflict in the Middle East and Russian aggression in Ukraine retarded its implementation. The result has been a growing gap between U.S. political rhetoric and military reality.

This is not to say Europe does not merit attention. It clearly does. But strategy is about making choices and setting priorities. From a military planner’s perspective, the conclusion is clear: the risk to U.S. security is far greater in the Western Pacific than in Europe, and appears almost certain to remain so for the indefinite future.

Unlike in the case of Russia, time is not on the side of the U.S. and its allies with respect to China. The military balance in the Western Pacific has been shifting sharply in China’s favor in recent years. It will continue to do so without a major effort by America and its allies in that region to preserve a stable balance of power. A strategy to accomplish this needs to be developed. Given the time such a strategy will take to implement, the effort must start now, before it’s too late. Let’s hope Secretary Mattis’ trip is only the first step in this important effort.

Andrew Krepinevich is a Distinguished Senior Fellow at the Center for Strategic and Budgetary Assessments and former member of Defense Secretary Robert Gates’ Defense Policy Board.