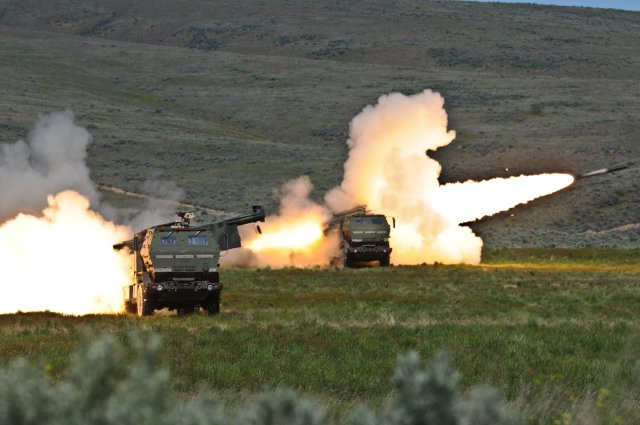 WASHINGTON: The Army has moved flight testing of its new long-range missile from this summer until after the drop-dead date for US withdrawal from the INF treaty with Russia. That will mean the Pentagon will kick off testing of longer-range weapons banned by the Cold War-era pact.

Tests of the Precision Strike Missile, now slated for the November-December time frame, will fall well after the Aug. 2 deadline Russia has to return to compliance with the treaty. Any tests after that date can hit ranges beyond the previously-allowed 499 km for ground-launched ballistic and cruise missiles.

Current plans call for the Army’s PrSM to exercise only up to 499 km, but the weapon’s potential range is really “only limited by the INF Treaty,” as chief of Army Futures Command, Gen. Mike Murray, has said.

Since 2017, Lockheed Martin and Raytheon have worked on competing PrSM prototypes with a view to replace the existing Army Tactical Missile System (ATACMS), while vastly increasing that weapon’s range from about 300 km to hundreds or thousands of kilometers more. After the coming shoot-off, the Army will pick a winner in 2021, and field a workable system in 2023, a considerable acceleration from the original date of 2027. While the missiles will be new, the launchers already exist in the form of the M270 tracked vehicle and HIMARS truck, which will be able to hold two and four missiles respectively, doubling the load allowed by the bulkier, older ATACMS.

With less than two weeks before the US walks away from the INF treaty, it’s certain the coming tests will be closely watched to see how far the Army pushes its latest prototypes. Speaking at the Center for Strategic and International Studies on Thursday, Col. John Rafferty, director of the Army’s Long Range Precision Fires program, downplayed the INF implications, saying the revamped schedule came about due to “a couple of technical issues,” but that he expects everything to be up and running come the fall.

While he’s pushing to meet the compressed schedule to get the system fielded in 2023, Rafferty remains concerned about the complex research and development: “You can pull some things to the left, but it’s hard to pull [science and technology] to the left because that takes time to accomplish.”

Of particular concern is that the Army is looking to develop PrSM to reach out and smack ships at sea, but it can’t just plug-and-play the Navy’s  “sea-skimming” missile seekers, since those track targets on the horizon. By contrast, the Army’s ground-launched seeker will come from over the top, and “right now there really isn’t anything that does that. It doesn’t mean there isn’t a capability that could be learned,” Rafferty said, adding he has seen some technologies “that are close” to what he needs.

While the Senate and the House still have to meet in conference later this year to hash out a 2020 budget that will include funding for research and development of intermediate-range weapons systems for a post-INF world, it’s unclear how much money will be pushed toward the issue.

If Russia fails to return to compliance with the treaty by Aug. 2, the US “should pursue development of ground-based, conventional, intermediate-range missile systems,” Esper told the Senate in written responses to questions. “Failing to do so could cause allies and others to question our resolve in ensuring Russia cannot achieve a military advantage through its INF violation.”

While Russia is front and center in these discussions, much of the support for more work on the issue actually reflects challenges posed by China across the vast expanses of the Pacific, where Beijing has already fielded some 1,600 intermediate-range ballistic missiles, as it has never been bound by the strictures of the bilateral INF pact.

Sayers called Congress “the center of gravity on this issue right now,” since their policy and budget conference debates over the immediate future of developing intermediate-range conventional weapons will dictate how far the Pentagon can go.