Now that President Trump has signed the fiscal 2019 defense appropriations bill — marking the first time in nine years that defense is not bound by a Continuing Resolution — the broad trend was cuts to Operational and Maintenance (O&M) to fund Research, Development, Testing, & Engineering (RDT&E).

The top line was consistent with the Bipartisan Budget Agreement of last February, so there was no overall change from what the president submitted. Instead, the Congress rescinded previously appropriated procurement and crafted an imaginative “bank shot” with the war funding. This is good news for defense contractors but creates readiness risks.

As Breaking Defense noted, the bill increased procurement by $4.2 billion above the president’s budget. Prominent were increases in shipbuilding (two additional LCSs, one fast transport ship, and advance procurement for several additional ships in FY 2020) and more aircraft—16 F-35s, 8 C-130Js, 9 V-22s, plus 6 AH-64s and 8 UH-60s for the Army Guard. There were lots of other adds, large and small. Some of the more significant:

The RDT&E listing would be incomplete without noting all the additions for medical research. A few have a clear connection with warfighting, such as “Gulf War research”, but most do not—melanoma, ovarian cancer, Alzheimer disease, autism, breast cancer, and many others — at $1.5 billion in total. The research is parked in DoD because it has deeper pockets than the National Institutes for Health, where such research would fit more appropriately.

How did Congress pay for these additions? Adding to the budget is easy; finding the money to pay for them is hard. The committee staff was clearly told to go out and “find money” without making major program terminations or strategy adjustments. As a result, there are nips and cuts in hundreds of budget lines. Three kinds of technical adjustments stand out because they were used so often: unjustified growth, under-execution and rescissions.

“Unjustified growth” is usually an arbitrary cut for programs that increase beyond a certain percentage.

“Under execution” means that in the past this account was slow to spend all of its money, so the bill takes a fraction of the amount of front. The problem for DoD is that in multibillion-dollar accounts it’s impossible to say ahead of time where slowdowns might occur, so this is often just a program reduction.

Rescissions are when Congress revokes funds that had been previously appropriated but have not yet been spent. Rescissions are justified if the original purpose of the funding is no longer valid, for example, $380 million taken from the JSTARS recap program that has now been canceled. Rescissions can be counterproductive if the spending still needs to be done. 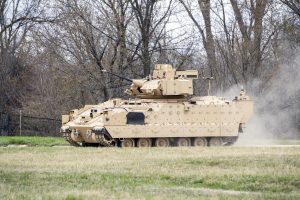 Rescissions create a negative number in the budget and therefore provide headroom for additional spending. The bill has $2.5 billion in rescissions with amounts ranging from $190 million taken from the Bradley program to $3 million from the UH-1N replacement program. This makes for a lot of unhappy program managers, who are trying to figure out what to do now that they’ve lost money that they thought they had.

“Undistributed reduction” is just that, a cut of last resort. There’s no reason, just an arbitrary reduction.

One place the Congress did not go for savings was reducing the number of servicemembers. The Senate had proposed shaving the personnel increases that the president’s budget proposed. However,  these increases were modest compared to the large force structure increases that the president proposed as a candidate. For example, the regular Army would increase to 487,500 active duty in fiscal 2019, whereas the president talked about 540,000 as a goal. Probably concerned about this, Congress left the personnel increases unchanged. 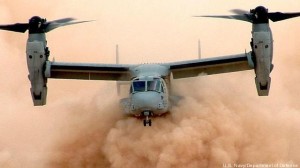 What happened to the war funding (OCO)? Although the bill mostly leaves the war funding proposal alone, it does make several interesting changes. For example, it adds two V-22’s for Marine combat losses but cuts five Air Force MQ-9s “for efficient production rates”. That may show which community has more clout with Congress.

One interesting adjustment was what the OMB staff calls a “bank shot”. The appropriations bill moves $1.3 billion of operations funding from the base to the war funding. It then uses the headroom freed up in the base for procurement and RDTE adds. The bill does this to stay within the limits on both the base budget and OCO set by the budget agreement.

To make room in the war funding, the bill makes a number of cuts, for example, $279 million from support to Afghan forces. The Senate had proposed cutting much more but contented itself with an admonishment that “the Department remains unable to provide an accurate accounting of current and prior year spending at the budget justification request line level, which challenges effective congressional budget analysis and oversight.” Better budgeting was directed for the FY 2020 budget submission, and the issue would be revisited then.

As evidence that hard fighting and smart lobbying pay off, the Kurds receive $290 million for “operational sustainment” of their military forces, the Peshmerga. An obscure issue for most Americans, it is a huge issue in Iraq. The Kurds had wanted their support to be delivered directly, not going through the current Iraqi government, which they accused of siphoning off some of the equipment and money.

Finally, killing BRAC in the NDAA was apparently not enough, so the appropriations bill also has language prohibiting a BRAC.

The bill tells DoD to come back in 60 days with a baseline that allocates all the “undistributed” cuts. In all, the cuts take $5.8 billion out of O&M and about $2 billion out of military personnel. Time will tell whether the cuts are well justified or whether they constitute a reduction in readiness. The Congress has been very concerned about readiness degradations, and it would be ironic if it increased readiness with one hand and took it away with the other.

The reason for this increased procurement and RDT&E is to prepare the United States for potential conflicts with high-end competitors like China and Russia. The National Defense Authorization Act laid out that reason clearly, scolding the department for not shifting its budget more quickly, and directing a roles and missions study to better align strategy, organizations, and programs. It also admonished the department about overreliance on “exquisite, expensive, hard-to-replace systems”,… then added many such systems.

This trade-off between legacy systems and new technologies, the effects of cuts to O&M, the choice of expendable v. exquisite—will come to a head in the fiscal 2020 budget, delivered next February. It will make for contentious hearings.