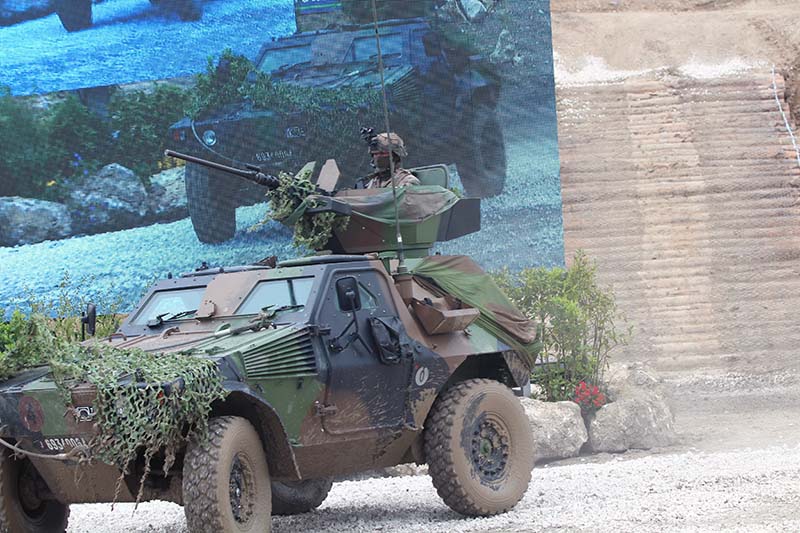 EUROSATORY: Like all military shows, Eurosatory – the French equivalent to the big AUSA annual meeting in the United States – takes the pulse of the land warfare market both from a technological and geopolitical point of view. Far from being exhaustive given the size of the show and the scope of such an endeavor, here is our take based on an interview with its organizer, former Foreign Legion and French Army Gen. Patrick Colas des Francs, and my own attendance this year.

To make it short, innovation is “a crucial value added in an increasingly competitive environment,” Colas des Francs told me in an interview before the show. The key seems not only to come up with innovation, but to connect it to tomorrow’s big picture. However, that’s easier said than done, as twenty-first century armies are now entering a new paradigm the scope of which sci-fi writers of past centuries barely scratched the surface.

In her speech at Eurosatory this year, the French minister of the armed forces echoed the general call for innovation which has been President Emmanuel Macron’s trademark since he was elected at the head of the French government last year. Minister of the Armed Forces Florence Parly recently created a French DARPA and promised a 33 percent funding boost after 2022.

The first noticeable trend at this year’s exhibit was the increasing number of attendees. Organizers had to add a third exhibition hall to handle exhibitors and official delegations who have almost doubled in the past 10 years. There were 1,800 exhibitors and 220 delegations this year, from 150 countries. The biggest foreign presence remains the United States, followed by Germany, the United Kingdom and Israel. But what is noticeable is the emergence of very strong players whose increased competitiveness reflects both geopolitical trends, for example, strong growth in the presence of Turkish and Australian exhibitors, and a technological evolution favoring the promotion of dual-use products.

This is one of the reasons (besides of course the evolving terrorist domestic threat in France) why what used to be essentially an Army exhibit has become a defense and security air-land market show. More than 500 new products were released to the public for the occasion; and innovation is even palpable in today’s displays where holograms and augmented reality are part of the game of attraction. 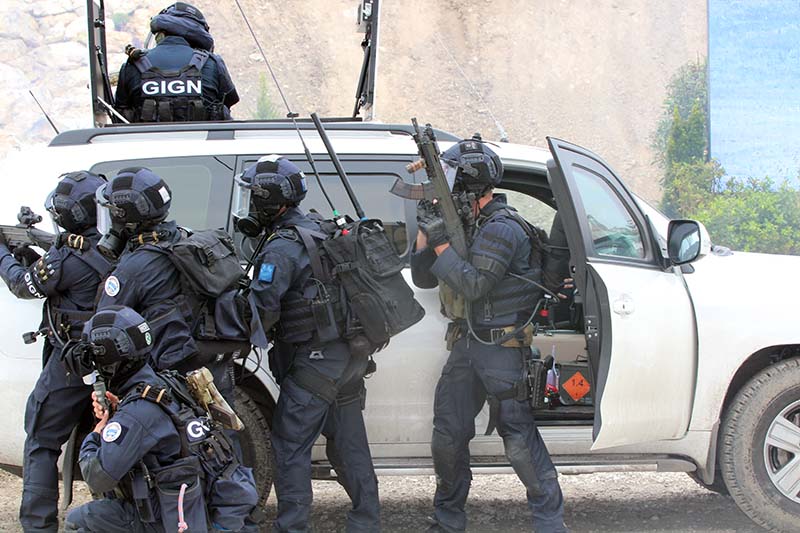 However as any good businessman knows, it is not enough to have a good idea and product if you cannot connect it to the market and a potential buyer. Today’s land forces market seems totally dominated by the concept of connectivity in a rather different way than before.

From connecting to interconnecting, from interoperability to integration

Symbolic of the French presence this year was the presentation by the French army of its new SCORPION system — which translates to Combat Synergy Augmented by Polyvalence and Information Valorisation — and Groupement Tactique Interarmes (GTIA or joint tactical group).  In the making for years, the SCORPION system will replace France’s 40-year-old vehicles and tie the new ones together with a brand new communication system (SICS), as well as new digital maintenance processes. 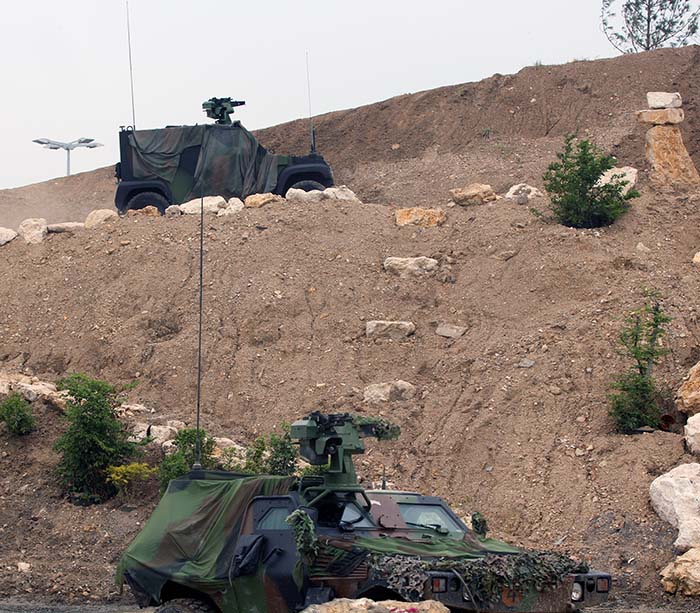 It’s all about the networking! French Army vehicles at Eurosatory

At the French ministry of armed forces booth, whose mantra this year was “Demain se gagne aujourd’hui” (tomorrow is won today), one could see the global picture and the interaction of current and upcoming assets such as the VBMR Griffon, the EBRC Jaguar, the VBMR-L Serval, the Felin combatant system, the Tiger, the NH90 (whose nose is currently modernized for special forces as an interim upgrade for all French Army aviation), the Caesar, the SAMP Mamba anti-missile system, the MPP (to replace the US-made Javelin), and so on.

Integration could also be seen across the spectrum down at the equipment level, especially in an attempt to better couple manned and unmanned systems on the ground, the way Air Forces have been trying to do in the air. The new version of Nexter’s TITUS land vehicle which could be seen performing in dynamic demonstrations at the show is a typical example of that trend, as unmanned vehicles both airborne and ground are fully integrated to the Tactical Infantry Transport and Utility System. 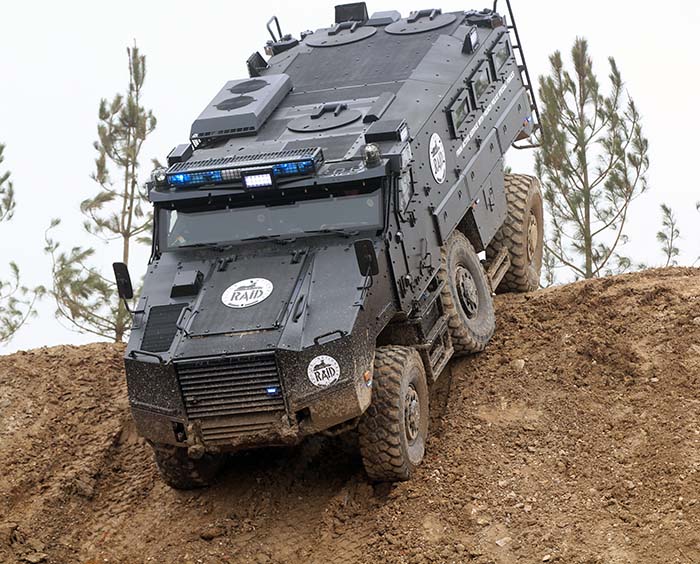 High tech innovations are usually the most publicized during shows like this, but the increased threat troops face on a daily basis is an increasingly hybrid mix so industry displayed smaller equipment, in particular new flak jackets for the French infantrymen. This new generation of bulletproof vests is meant to resist hardened ammunitions and protect from bladed weapons.

Last but not least, much of the talk at Eurosatory was also dominated by current efforts to restructure the European arms industries, with KNDS (which merged the German Kraus Maffei Wegman and the French Nexter in 2015) revealing its first joint project, the EMBT (European Main Battle Tank). Besides exports, the consolidation of the European market is indeed perceived by the current French and German defense ministers as the only solution to remain in and win the game, as indicated in the Meseberg summit between France and Germany which took place after Eurosatory. Another major challenge of its own…