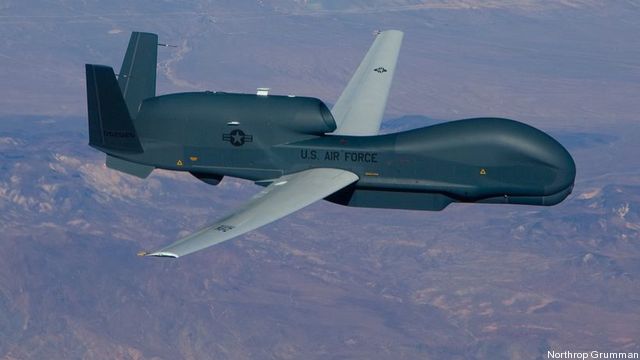 NATO HEADQUARTERS: After more than 15 years, NATO will finally grant approval to buy five Global Hawk Block 40s to help plug the gaps in the alliance’s intelligence, reconnaissance and surveillance that grew so glaring during the Libya operation.

In addition to that important news for the 28 nations that comprise NATO, the alliance will announce at the Chicago NATO summit in May that its territorial missile defense program has met its interim capability, an important milestone for NATO and for the United States’ Phased Adaptive Approach. Word on all this came from several senior NATO officials during briefings here.

First bruited in 1992, the Alliance Ground Surveillance program was supposed to be one of those simple and quick NATO decisions. Well, it hasn’t turned out that way. The alliance wavered back and forth on whether AGS would comprise only unmanned aircraft, aircraft from the United States and Europe and aircraft using various types of radar. At one point, AGS was supposed to include an Airbus A321 manned aircraft and Global Hawk using TCAR radar. But Europe’s defense budgets started their long slide and the Airbus disappeared. Along came the MP-RTIP sensor, which provides both ground moving target indicator (GMTI) and synthetic aperture radar (SAR) modes.

At the Lisbon Summit last year, NATO agreed to move ahead and really, finally, almost certainly buy the Global Hawks. They won’t become part of NATO’s fleet right away, but are expected to fly by the end of the this decade. NATO Secretary General Anders Fogh Rasmussen told us NATO had to do more to plug the capability gaps identified during Libya, including ISR, aerial refueling and command-and-control assets.

In Washington, while Rasmussen was talking with us, Michele Flournoy made clear that America is concerned that Europe, which comprises most of NATO’s membership but contributes roughly 25 percent of its spending, may not be able to keep pace with American defense spending.

“The question for NATO is as these economic pressures increase on our European allies, how are they going to manage their own defense enterprise? How are they going to keep investing in defense capabilities that enable them to keep contributing to the future?” she said in a final interview with American Forces Press Service. Flournoy is being succeeded by Jim Miller as undersecretary of defense for policy, traditionally regarded as the third highest post in the Pentagon.

The interim capability declaration for territorial missile defense is important to the Obama administration because, as NATO Ambassador Ivo Daalder told us, it will work with the European Phased Adaptive Approach designed to protect Europe from Iranian missile threats.

The U.S., Daalder said, is “drawing up rules, regulations and procedures to make sure the U.S. capability can be plugged into the NATO capability.” The White House has pressed the Pentagon to come up with a price tag for EPAA. We’ll see if that happens in the Feb. 13 budget release.