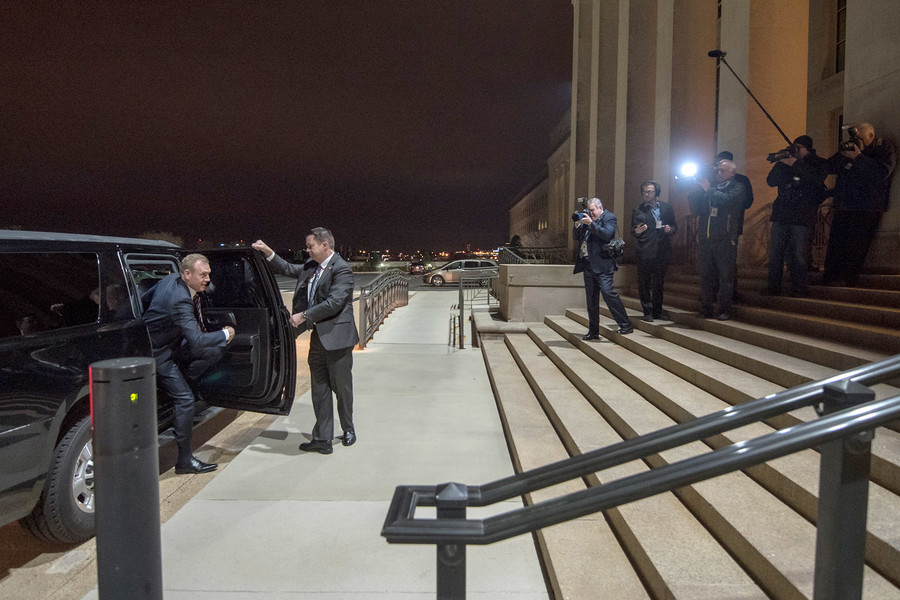 UPDATED with DoD & McConnell statements PENTAGON: Acting Defense Secretary Pat Shanahan repeatedly refused this morning to say whether the US might send troops to Colombia in response to millions of refugees pouring out of neighboring Venezuela. He did, however, confirm the military was planning to send “several thousand” more troops to the southern border to step up surveillance and lay more concertina wire.

UPDATE While Shanahan only discussed planning and didn’t outright say the additional troops would go to the border, a Pentagon spokesman later mass-emailed reporters clarifying that they were definitely going: “As the Acting Secretary said, we are supporting our federal partners on the border and that mission has been extended until September,” wrote.Lt. Col. Jamie Davis  “We are currently sourcing the units involved and there will be an increase of a few thousand troops. We will provide more clarity on the numbers when we have it.” 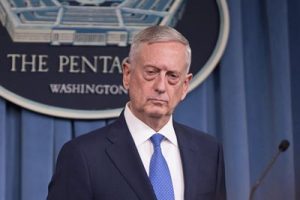 Otherwise, Shanahan spent his first formal (albeit off-camera) Pentagon pressroom briefing as SecDef emphasizing continuity with his ousted predecessor, Gen. Jim Mattis. He made a point of praising Mattis’s National Defense Strategy, America’s allies, and even the press — yes, the press.

“This is Day 29” in the secretary’s job, noted Shanahan, but he’d been the deputy since July 2017. “The terrain is not different or new,” he emphasized. “I spent the better part of 18 months, if you will, sitting in the right seat of the cockpit with Secretary Mattis in the left seat, so most of the material, subject matter and the interactions are with people and subjects that are very, very familiar.

The only changes Shanahan suggested were subtle ones: 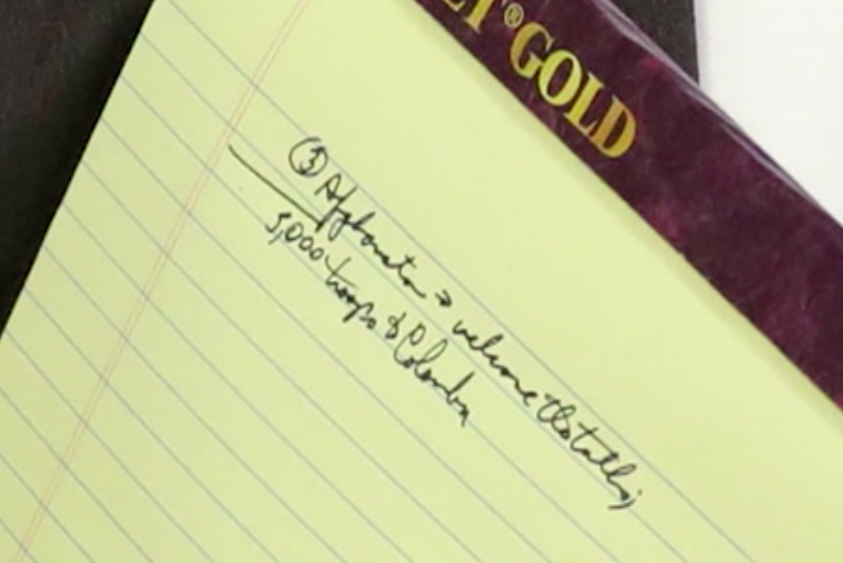 What will the Defense Department do about Venezuela? The contested election in Caracas, with the US imposing sanctions and recognizing opposition leader Juan Guaidó as president, threatens to add another two million Venezuelan refugees to the three million who have already fled to neighboring countries, the director of the Defense Intelligence Agency testified this morning to the Senate Intelligence Committee.

So when the famously hawkish National Security Advisor, Amb. John Bolton, “accidentally” displayed a notepad bearing just two lines of text – “Afghanistan – Welcome the Talks” and “5,000 troops to Colombia” – at an on-camera briefing yesterday, it suggested deliberate signaling. Reinforcing that interpretation? The White House refused to clarify the matter, simply reiterating “all options are on the table,” even as unnamed Pentagon officials insisted they’d received no specific order to actually deploy anyone.

Asked about the Venezuelan crisis this morning, Shanahan was carefully non-committal, emphasizing the leading role of the State Department and Treasury, with the Defense Department in a supporting role. “As you can imagine, the interagency, led by the National Security Council and Ambassador Bolton, create a number of options,” he said. “We support them with their policy development, and, as the situation in Venezuela evolves, we’re there to give them advice and counsel and support.” 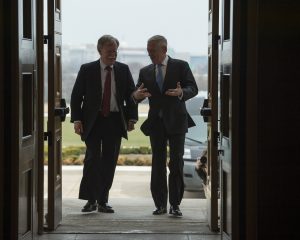 Shanahan’s response to repeated queries about sending troops to the region were clearly rehearsed and oddly phrased. Generally, the Pentagon bluntly refuses to comment on potential deployments or other impending operations, for fear of disclosing its plans and endangering the troops. But Shanahan didn’t take that time-honored tack.

When asked, “Is one of the options that has been presented… the deployment of troops?” Shanahan said only, “I haven’t discussed that with Secretary [sic] Bolton.”

“There’s no plans to deploy troops?” the reporter pressed. Again: “I haven’t discussed that with Secretary Bolton.”

“Did you discuss it with someone else?” came a shout from the back of the briefing room. Shanahan simply called on someone else.

Three minutes later, another reporter brought it up again: Are troops going to Colombia an option? “I said, I didn’t speak with Sec. Bolton on it,” Shanahan repeated.

Again, the shout from the back of the room: “Did you speak to someone else about it?”

“I’m not commenting on it,” Shanahan said.

It’s possible the acting secretary was deliberately refusing to deny a deployment in order to reinforce Bolton’s signaling. But we’d be cautious about reading too much into this one exchange. 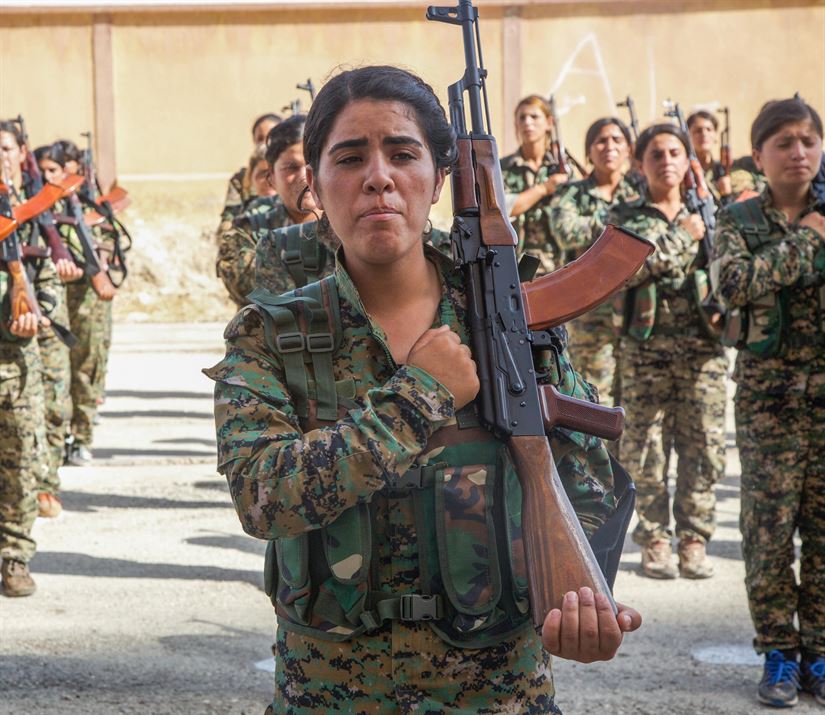 From Afghanistan to Arizona, Syria To Outer Space

The acting secretary’s remarks this morning ranged over a wide array of topics, though he was careful to make as little news as possible. Nevertheless, some nuances are worth noting. 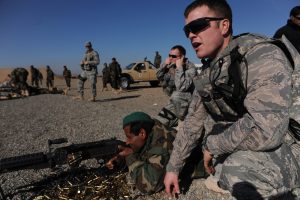 US Air Force troops train Afghan soldiers on the M240 machinegun in Kandahar.

“The coalition forces there and then the Afghan National Security Forces, they’ve been doing a tremendous job. I would say there is no change to the Four R plus S plan — remember: realign, reinforce, regionalize, reconcile [and] sustain,” Shanahan said. “The reconciliation portion of our 4R+S is working now. Now we need to give the diplomats time and space to advance those conversations.”

As for the president’s promised withdrawal from Syria, it’s in the “early stages,” Shanahan said. “We are on a deliberate, coordinated disciplined, withdrawal…. 99.5 percent plus of the [formerly] ISIS controlled territory has been returned to the Syrians. Within a couple of weeks, it’ll be a 100 percent.” What comes next, he said, is the subject of “strong” ongoing conversations with coalition partners and “very important discussions with our SDF counterparts there in northeastern Syria.”

The SDF is the Syrian Defense Forces, largely led by Syrian Kurds who fear their US backers will leave them at the mercy of their traditional enemy, Turkey. Trump’s original, unexpected proposal to withdraw quickly and let Turkey handle the Syrian crisis was the proximate cause of Mattis’s resignation.

UPDATE In a rare public rebuke of the Trump administration, Senate Majority Leader Mitch McConnell says he will introduce a bill on Afghanistan and Syria that “would recognize the dangers of a precipitous withdrawal from either conflict.”

UPDATE The Republican leader added, “while it is tempting to retreat to the comfort and security of our own shores, there is still a great deal of work to be done…..We’re not the world’s policemen, but we are the leaders of the free world.” Shanahan himself had referred twice to “more work to do” in Syria specifically. 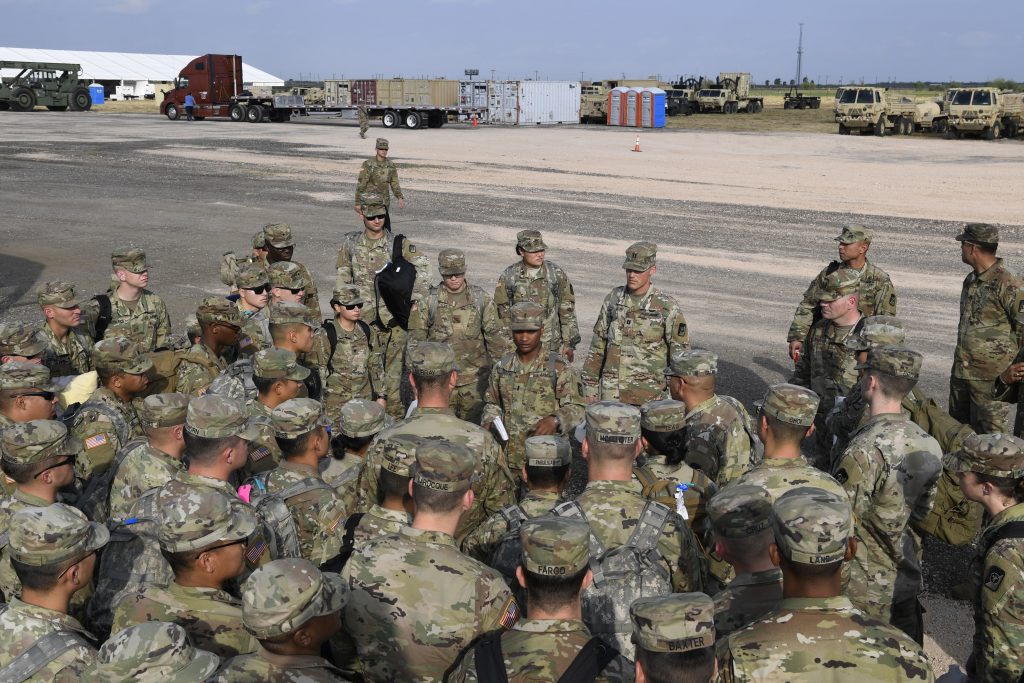 An Army medical unit arrives at the southern border

The border with Mexico

The military is supporting the Department of Homeland Security with logistics, medicine, surveillance, and the installation of concertina wire, Shanahan said, emphasizing there was no military role in law enforcement. “Most recently, DHS has asked us to support them in additional concertina wire and then expanded surveillance capability; we’ve responded with here’s how many people would it take,” he said. How many? “Several thousand. I’ll kind of leave it at that.”

What would happen if President Trump declared a national emergency on the border? First, Shanahan emphasized, presidents have declared national emergencies repeatedly in the past, so “it’s not that this is something that’s unique and unprecedented.” If that happened, he went on, Title 10, Section 2808 of the US Code allows the president to reallocate Military Construction funding – if not already put on contract (obligated) — to purposes other than those it was originally appropriated for by Congress. That said, all those MILCON funds are already “allocated” by law, he said. That means, though he didn’t say so, that any diversion of funds to a border wall would come at the expense of something else Congress already voted for – something even leading border-state Republicans have problems with. 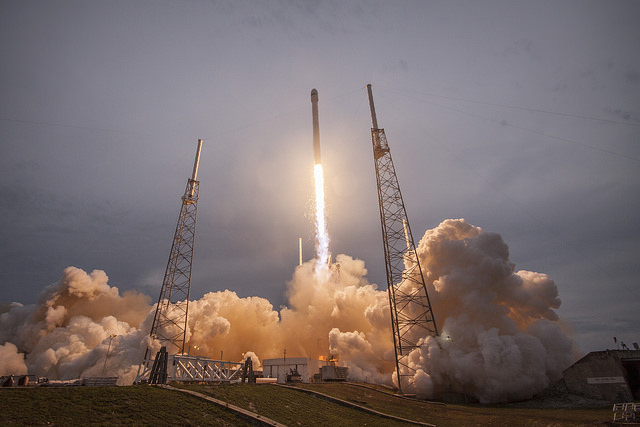 “We do have a person that we’re going to move through in terms of who would lead the Space Command,” although they can’t name that person, Shanahan said.

The Pentagon is creating a unified Space Command for operations and a joint Space Development Agency for research, development, & acquisition, as possible stepping stones to the independent Space Force sought by President Trump. Within the Pentagon, Shanahan said, the discussion is “how do we go faster?”

As Shanahan noted, a skeptical Congress is “very focused on — and this is where their expertise is — on how do we not grow a bureaucracy, how do we not generate unnecessary costs?” he continued. “So when we talk about the Space Force [in] the discussions we’re going to have over the next five-six months, it’s going to be small, as small as possible [a] footprint — that’s why [we] recommended it sits underneath the Air Force.”

As our colleague Sandra Erwin reported yesterday in Space News, a draft space policy Trump is expected to sign within weeks “orders the Defense Department to establish a U.S. Space Force as a sixth branch of the U.S. armed forces within the Department of the Air Force. But the policy memo also states that a separate ‘Department of the Space Force’ will need to be created sometime in the future.”

Trump had originally proposed the Space Force be a completely independent service.