No, Trump Has Not Started a Nuclear Arms Race With INF Pullout 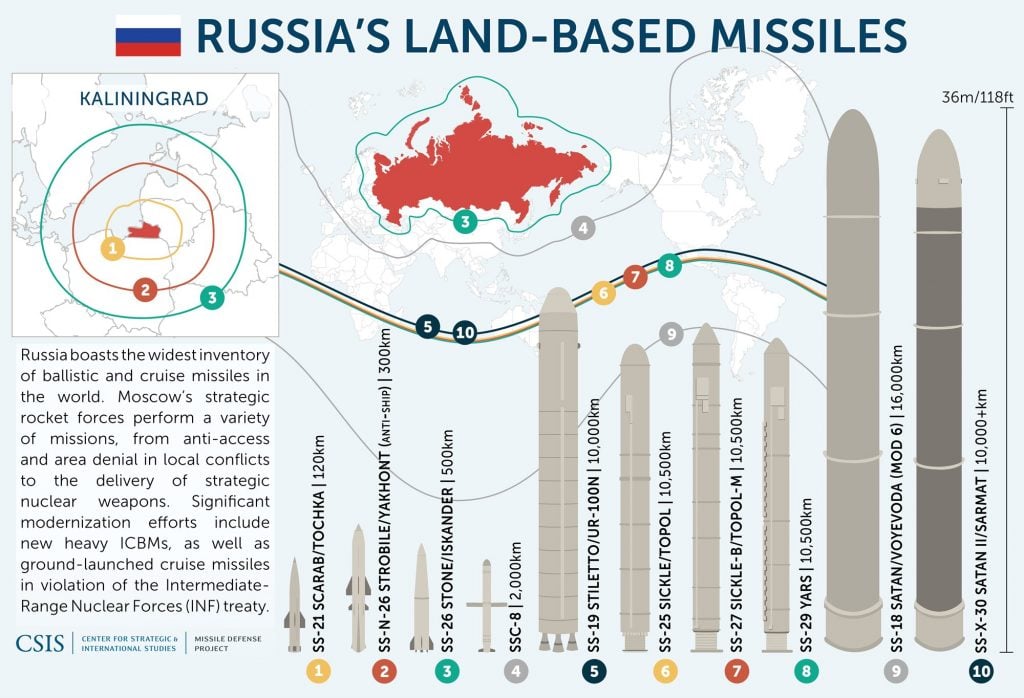 Is it true? Has President Trump fired the first shot in a Cold War-style nuclear arms race by withdrawing from the Intermediate Range Nuclear Forces Treaty (INF)? Evidence from the Cold War and after indicates the answer is: likely not. 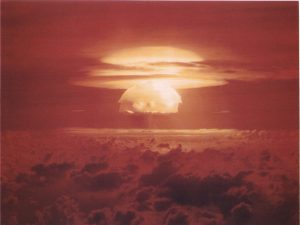 The Castle Bravo nuclear test in the Bikini Atoll

A nuclear arms race between the United States and Russia would indeed be exhausting, diversionary, and pointless. And to hear critics of President Trump’s decision to withdraw from a Cold War era arms control treaty on Saturday, one would think Trump has singlehandedly doomed the United States to a dystopian future where nuclear weapons are unrestricted and America races Russia in an endless cycle of action-reaction that will only end in a mushroom cloud.

Or politicians and activists are trying to give Americans an early case of the Halloween spooks. Except there is no “treat” associated with this trick.

But before members of my (much maligned) Millennial generation organize a protest to raise awareness, or try to get #SavetheINFTreaty trending on Twitter, please consider the following.

The INF Treaty, signed in 1987 by Presidents Reagan and Gorbachev, in essence eliminated a whole class of land-based intermediate range weapons and banned any further production, flight-testing, or deployment. (Air- and sea-launched weapons were never affected; nor were shorter-range tactical weapons or longer-range strategic weapons; and China was never a party to the treaty at all). Unfortunately, the United States and Russia let the on-site inspection tools associated with the INF Treaty expire in 2001 when relations appeared on the mend as a bright young ruler had recently taken control of the Kremlin, Vladimir Putin.

With no more on-site inspections to worry about, Russia reportedly began violating INF Treaty about ten years ago by flight-testing an illegal ground-launched cruise missile, and has not looked back since. Russia has also reportedly moved ahead on multiple nuclear programs with no current or apparent prospective U.S. equivalent including: a heavy (up to 10 nuclear warheads) ICBM, a nuclear-powered missile, and a new intercontinental, nuclear-armed, nuclear-powered, undersea autonomous torpedo. 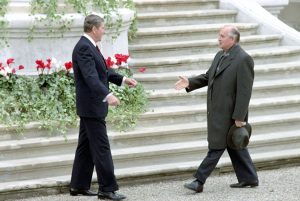 No, Trump did not start a nuclear arms race, Putin did – with malice aforethought. Withdrawing from the INF Treaty, after years of Russian denials and obfuscation, simply recognizes this important reality. The Treaty has been dead for a long time. Even if Russia were to say they were back in compliance, the U.S. could not legally verify their claims with on-site inspections.

But what of the prospect of a new nuclear arms race? Now that intermediate-range systems will no longer be subject to treaty limits, the United States and Russia will be off to the races, right? Wrong.

Take non-strategic weapons, or ‘mini-nukes,’ as an example. They have never been a part of any U.S.-Russian treaty, completely unregulated due to the inherent difficulty of verification, and yet the United States and Russia have – for their own reasons – arrived at radically different force levels: approximately 2,000 for Russia, and reportedly 500 for the United States. This is not a race.

Or take sea-based nuclear cruise missiles, again, not included in any current U.S.-Russian treaties, but even while the United States eliminated its only program in 2010, Russia’s sea-based nuclear cruise missiles play an important role in its naval doctrine and can be placed on just about any ship in their fleet. Again, it is not a binary choice between weapons covered by a treaty or an arms race – there is a lot of room in between. 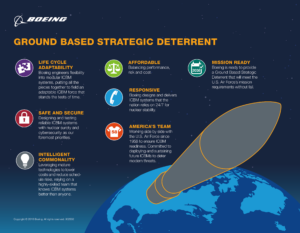 In addition, another factor works against a prospective arms race: the U.S. weapons acquisition bureaucracy. In 2014, the Air Force reportedly began the process to purchase a new intercontinental ballistic missile to replace the rapidly-aging current system. It will not see a new missile in the field reportedly until 15 years after the fact, 2029. A similar un-race-like timeline can likely be expected for most other U.S. nuclear systems. The new Long Range Stand Off weapon (LRSO), for example, will reportedly take nine years to fully develop – before any production and its associated timeline. In all likelihood, if President Trump ordered a new nuclear weapon system be built today, even if he won reelection, it is unlikely he would ever see it reach initial operating capability while in office.

Lastly, pity the poor defense planners in Moscow who must look into their crystal ball, divine which U.S. political party will hold the House, Senate, and presidency, for how long, their level of support for specific nuclear weapons programs, constituent demands, budget levels, and a myriad of other factors – and then, make a decision on whether they too should begin a counter program with their much smaller defense budget. It’s difficult to race when your opponent is in constant flux on whether and how to race.

In the end, arms races are generally not the fast-paced showdowns that everyone imagines. Phantasmagoric images of President Trump and National Security Advisor John Bolton maniacally laughing as they tear up arms control treaties for fun are just that, fictitious.

Russia likely began its recent violations of arms control treaties in earnest just as then-President Obama uttered one of his sadly less famous lines in 2009, “Rules must be binding. Violations must be punished. Words must mean something.” This administration is only guilty of giving meaning to Obama’s words.

Matthew Costlow is a defense analyst with the National Institute for Public Policy and a doctoral candidate at George Mason University.